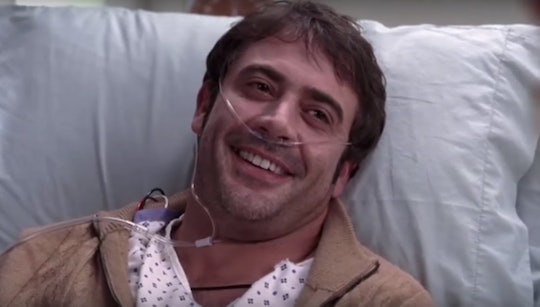 Ever since Grey's Anatomy’s 2005 premiere, it has been a show known for epic finales, shocking cliffhangers, and the right music to bring out all the feels. In the early days, it thrived on its many guest stars in the form of important patients or doctors passing through the hospital to act as temporary love interests for the main characters. And while there are still guest stars that show up in newer episodes, the celebrities who were on Grey’s Anatomy back in the day will give you serious nostalgia for the old Grey’s Anatomy and some of the stars we have lost along the way.

Feel free to queue up "Chasing Cars" to really get you in the mood to relive all of the disasters, accidents, and big Grey’s moments that brought with them guest stars of epic proportions. You might be shocked to have forgotten that Katie Lowes and Bellamy Young, both known for their prominent roles in Scandal, were on Grey’s Anatomy long before they started spinning the wheels of the government in a fictional Washington, D.C. And personally, I forgot all about the time Elisabeth Moss made a cameo before she became a big name who would lead her own drama on Hulu.

Some of the celebrities who have appeared on Grey’s Anatomy over the years used the show as an important stepping stone in their careers, while others, like Friday Night Lights’ Kyle Chandler, were just an added bonus for fans of both shows. But most of these former guest stars will definitely send you back to what was arguably the golden age of Grey’s Anatomy.