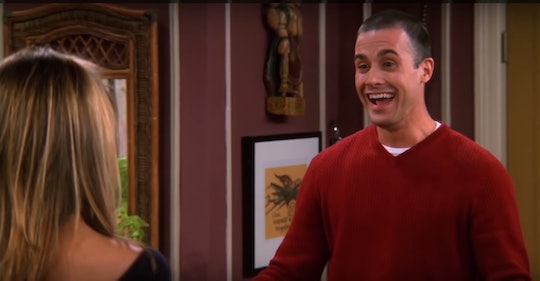 'Friends' Had Dozens Of Guest Stars Over The Years

In its heyday, Friends raked in millions of viewers every week and even after it's long 10 year run on NBC, the sitcom has continued to be a mainstay for fans, both new and old. The core cast obviously propelled the series forward and helped it finds its place along other primetime hits of the '90s and early 2000s, but all of the celebrities who were on Friends over the years definitely brought something a little extra to the table. From the very first season, Friends was no stranger to celebrity guest stars like Jon Lovitz and Helen Hunt. But throughout the 10 years Friends remained on the air, big celebrities would pop up regularly in either blink and you'll miss it cameos or as recurring boyfriends or girlfriends for the core six cast members.

I wouldn't say that the celebrities on Friends *made* the show, but the last two seasons wouldn't have been the same for Phoebe fans if she didn't have Paul Rudd as Mike and no one would have cared about Rachel's spoiled sisters if they weren't played by Reese Witherspoon and Christina Applegate. But since there were more than just a handful of guest stars on the show overall, there's nothing like a quick refresher to get you all nostalgic for Friends and remind you of the many celebrities who popped in over the years.