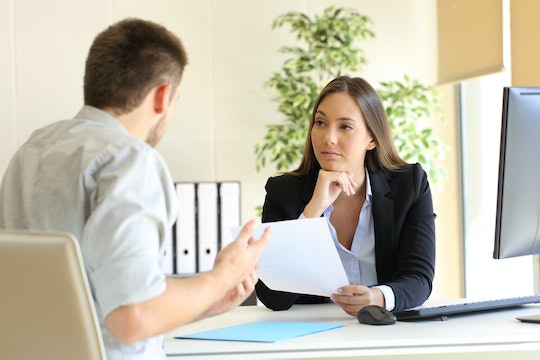 34 Little Signs You're Being Lied To

Everyone lies from time to time. Whether they're little lies to spare feelings or full-on whoppers, it's hard to avoid them entirely. And since you know that pretty much everyone tells a lie, leaves information out of the discussion, or stretches the truth at least every once in a while, you might be interested in knowing about some of the little signs someone is lying to you so that you can pick up on the lies and recognize when you're being lied to. You don't want to be unknowingly lied to and manipulated, right? Though, I suppose, you'd probably just rather not be lied to at all for the most part.

Still, knowing when someone might not be telling you the truth or giving you the whole story is a useful skill to have. It helps you bypass the BS and get to what's really going on. If you can't tell when someone might be lying to you, you might just accept what they're saying as true, without even thinking to ask more questions that could ultimately expose their lie. If you pay attention to what they're saying, how they're saying it, their body language, and the energy they're giving off, you might be able to suss out whether or not someone is lying to you with plenty of time left to still call them out on it.