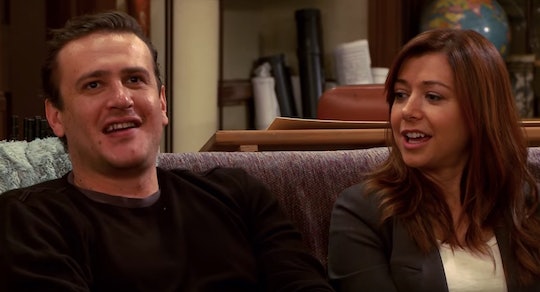 35 Moms Share The Most Disgusting Things Their Husbands Do

I'm a human being who revels in challenges. I like when people present me with one, especially if they don't think I can meet or succeed it, and I like taking a challenge on, especially if it's unexpected. So when I aimed to uncover the most disgusting things husbands do, I thought I was accepting a challenge. I thought to myself: "Wives aren't going to want to talk about or even admit to the gross things their husbands do. I doubt I'll get very many people to participate. No. Damn. Way."

Still, liking a good challenge the way I do, I put the question to some friends and a couple of online mom groups I'm a part of, just to see what I could scrounge up. I quickly discovered how wrong my assumption had been. Within three hours I received about 100 answers. Each answer would often include a lengthy follow-up conversation, too. This is, by far the most commented upon question of all the very many questions I have asked moms. Women were all-too eager to pour their hearts out over this one and commiserate with one another.

And after reading all these answers, there's really only one thing to say: Sirs? Husbands? Dudes? You're all nasty and now you're busted.

Gentlemen (if I can even call you that), these are good women. And after learning all the horrible things they put up with for the love of you? Unbelievable. They're not just good women, they're saints. The farting! The boogers! The supremely unhygienic personal hygiene! The weird eating rituals. What is wrong with you? I'm not one to throw stones from my glass house or anything (I'll openly admit to no small amount of nose-picking because it just feels so good sometimes) but there's a goddamn limit.

Because these good, saintly women love you (or because they're simply too embarrassed to admit that they are married to a man who regularly sticks his ass against the wall in the shower, lets out a massive fart, and giggles) many of them wanted to remain anonymous. So I bestowed them with notable alibis: the names of various sainted martyrs. Because, frankly, the arrows, decapitations, and various tortures those ladies went through seem like child's play compared to the following:

More Like This
When Does A Baby Recognize Their Father? A Pediatrician Explains
What To Do If Your Toddler Keeps Taking Off Their Diaper At Night
Breastfeeding In Front Of Family Members Doesn’t Have To Be Stressful
140 Quotes About Love To Make You Swoon
What Parents Are Talking About — Delivered Straight To Your Inbox