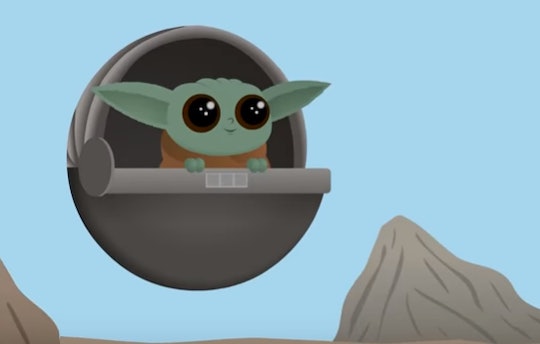 After years and years of hearing "Baby shark, doo doo doo doo doo doo" on repeat, parents may be delighted to hear that a new viral craze has arrived. Yes, "Baby Yoda" songs exist now. And there are actually many variations to choose from, some catchier than others, so you can finally cash in on a much-deserved break from all things "Baby Shark."

If you have Disney+, you probably already know about the new Star Wars series The Mandalorian that has taken the streaming service by storm. While the show is interesting enough on its own, the real star is a new character referred to as "The Child" on the show, but everywhere else is simply and lovingly known as Baby Yoda.

Everyone is in love with Baby Yoda because he is adorable and all-powerful but in a cute sort of way. And what does the internet do when it finds a new obsession? Creates songs for it, of course. There are a whole slew of Baby Yoda tribute songs that will give "Baby Shark," the South Korean company PinkFong's hit of the decade, a run for its money.

The first song created in tribute to Baby Yoda appears to have been created by artist Jonathan Mann in November and already has more than 850,000 views. If your kids like a bit of a rap element mixed in with their repetitive lyrics, this might be the top choice for them. Also Mann shares scenes from the show so that's always fun.

"Baby Yoda (Floating In A Pod)"

Parry Gripp created a whole new song just one day after the original, complete with a catchy tune and cool artwork from Nathan Mazur. This one is perhaps the most appealing to little kids, since the video is animated and the song easy to memorize.

Perhaps your children have more sophisticated music taste. Maybe their love for Baby Yoda runs deep and true, just like The Ringer who created an entire love ballad plus video dedicated to their one true love. Baby Yoda. The song includes lyrics like, "When you came across the screen you cooed and it broke my heart." Sigh.

YouTuber ChewieCat's rap song about Baby Yoda is actually sweet and innocent and racking up views from grateful fans of the little creature. It was released on Dec. 2 and already has 88,000 views. Impressive, Baby Yoda would be proud, I think.

If you want your Baby Yoda tribute to be heavy on the Star Wars canon references (Jedi predictors midi-chlorian counts are referenced several times) and way on the ears, this song from Day by Dave is for you. It was released on Dec. 1 and already has more than 300,000 people loving it. Just like they love Baby Yoda. Maybe even more than they love "Baby Shark."