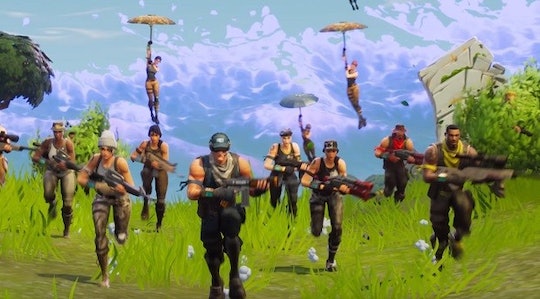 My son is absolutely obsessed with Fortnite. He doesn't just play it, he watches people on YouTube play it, he acts it out with his friends, and all of his writing homework has had a distinctly Fortnite theme for some time now. Needless to say, when it came to choosing a Halloween costume, he was pretty dead set on any number of potential Fortnite characters. Of course, that meant I immediately tried to figure out the best easy DIY Fortnite costumes, because, I am not heading into a Halloween store this close to the holiday. I don't have that kind of patience.

Honestly, unless you are a truly gifted cosplayer, there are some Fortnite skins you're just not going to be able to replicate at home. Character skins like Valkyrie and Venturion would require multiple layers of shaped foam and fabric and hours of close attention to detail. However, the simpler skins, like Rapscallion or Far Out Man, are a bit easier to assemble if you know where to look. Also, pay close attention to styling. If you need to, certain elements can be easily painted on using fabric paint and require basically no tailoring whatsoever. Plus, if you make your own costumes, you can avoid the very real possibility of having the same popular disguise as at least half of the other trick-or-treaters in the neighborhood.

If you want to stay current, we're in the 6th Season of Fortnite, and the character skins are more elaborate than ever. Thankfully, the rare skins and epic skins remain the same, as well as the old favorites, so there's plenty to choose from.