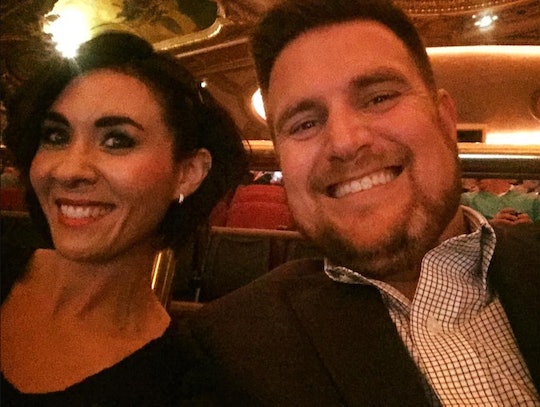 5 Reasons A Traditional Marriage Works For Me

Marriage is a controversial subject, not just for the country or the world, but for me, personally. There's a lot I could say about marriage equality (like hell yes!), and the dire state of our dumpster fire of a political climate (hard pass), or how I wish I'd have grown up surrounded by lush, informative, and inclusive conversations about love, marriage, and commitment that wasn't suffocated by overbearing conservatism. Oddly, though, some of the reasons why a traditional marriage works for me have nothing to do with the history of marriage in this country, what is "expected" of couples, or what certain conservatives consider to be acceptable. Over the years, I've formed my own opinions based on my life, feelings, and experiences. I mean no harm or disrespect to anyone who believes or chooses otherwise, because to each his, hers, or their, own. I just know what works best for me, my romantic relationship, and my children.

When I think of a traditional marriage, I can't help but touch on sexism, patriarchy, and misogyny, because a lot of the institution is rooted in some ancient and offensive practices. Honestly, though, and while I truly believe highlighting those practices and beliefs is important, I know they have nothing to do with what I have with my amazing husband of nearly 10 years.

My husband and I started dating about 13 years ago, just after I'd left my first marriage — what was the ill-advised commitment to my high school sweetheart. For context, I think we knew deep down the marriage wouldn't work, but at 18, I was defiant and determined to do anything against my parents. Marrying young doesn't mean we took our vows lightly. We tried to make the relationship work for four long years. Ultimately, though, we were a terrible fit for one another; two wildly different people, traveling in two different directions.

I knew I wanted to marry again at some point. It had nothing to do with feeling like "it was the right thing," or that my now-husband and I had to in order to somehow solidify our relationship. It was just a mutual decision to commit to spending our lives together. Even typing that, I realize there's a lot of happy couples who commit without nuptials, and end up lasting far longer than most traditional marriages. I get it, and again, I respect that. For me, however, I wanted something else; something more than an understanding comparable to what Goldie Hawn and Kurt Russell have (though, that's truly the dream).

All these years later, we're still mostly conventional with an untraditional flair. We mutually decide who handles the money, kids, and everything else in life, because we're a team. My husband doesn't control or rule me, nor do I want to do that to him. We're equals. I've been a stay-at-home mom of our two children, but I also work my ass off with "untraditional jobs" to pay the bills. We're traditional where it works for us, but I still cling to feminist ideals. With that, here's some of the ways the traditional institution of marriage works for me:

More Like This
Stepmom Quotes & Sayings For Every Occasion
43 Instagram Captions For National Brother’s Day That Say It All
Say What's In Your Heart With These Stepmother's Day Quotes
11 Signs You're Sexually Attracted To Someone, But Not In Love With Them