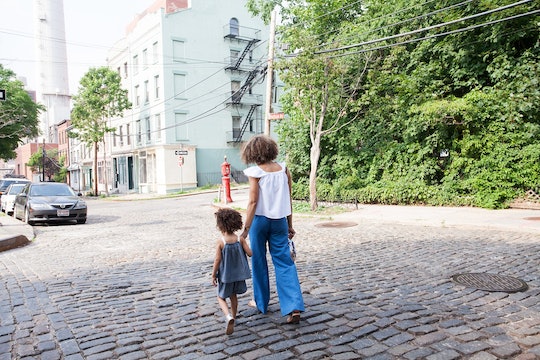 I was walking through the supermarket with my toddler when we passed his favorite fruit. I’d told him we'd get some before realizing we already had some at home. As I pushed us toward checkout, he started screaming. "I'm sorry, I know I told you you could have that. Let's turn around." Freezing extra fruit seemed preferable to a tantrum. “Whoa,” a nearby woman said. "My parents would never have said that to me." She kept walking and I reflected for a moment. My parents never would’ve said that, either. Not wanting my child to grow up feeling unheard and angry, like I often did, is one of many reasons you should always admit to your kid when you're wrong.

Admitting when we're wrong is so hard. Sometimes, we may feel so guilty or ashamed that we just want to pretend it didn't happen. One of the hardest parts of any relationship is the moment when we have put our own intentions and self-image on the back burner and make ourselves available to the full force of the hurt we may have caused someone we care about. Other times, we may think what happened was no big deal, and that it's not worth it to spend time talking about it or "making a big deal of nothing." Very often, however, what seems small to us is huge for our kids.

If we actually want to be our best selves, we have to be willing to admit when we're wrong so we can actually take the steps necessary to fix it. People who don't take those steps or admit any wrongdoing often doom themselves to make the same, painful mistakes over and over again. Worse, habitually going out of our way to deny we did something wrong, or to pretend we weren't wrong when we were, is a form of gaslighting — a common tactic used by abusive people to keep their victims off-kilter by conditioning them to doubt their own perceptions. No one wants to abuse their kids, emotionally or otherwise, nor do we want to teach them that being treated poorly during conflicts is a "normal" part of close relationships. However, it's entirely possible for loving, well-intentioned people to do abusive things if they're not proactively taking steps to demonstrate respect and accountability in our relationships.

To state the glaringly obvious: not a single one of us is perfect. It's inevitable that we'll make mistakes, including with our kids, and it doesn't diminish us in the slightest to admit it. Indeed, it makes us better parents, because: