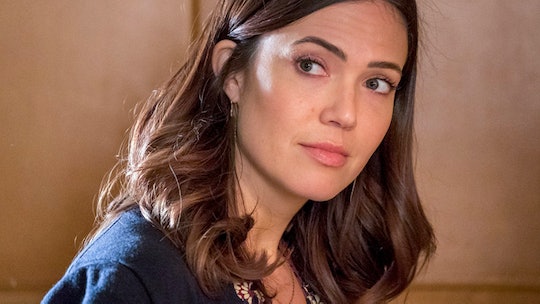 Nobody does a finale quite like NBC's This Is Us. And it looks like the Season 3 finale, titled "Her," will live up to its predecessors. With plenty of drama building between each of the characters throughout the season, fans have been formulating a number of This Is Us season finale theories that could mean new beginnings in Season 4.

In an interview with The Hollywood Reporter, This Is Us creator Dan Fogelman revealed that while new questions will arise, the main stories that were featured in the third season — including Kate's baby, Kevin and Zoe, Randall and Beth, and what's happening in the future with "her" — will be acknowledged and answered in the Season 3 finale. "Every time we jump into the future and show more, it begs new questions about how you get there," Fogelman said. "But a lot of the questions that people have invested in will be answered very clearly."

That being said, the journey isn't over just yet. There's still a lot to unfold when it comes to the Pearson family.

"Our characters are all finding themselves as we near what I like to consider kind of our midpoint of the TV series," Fogelman said. "They're at some real crossroads. And I think when you're at a crossroads, your emotions tend to be most raw and your situations tend to be extreme." Yikes.

In a This Is Us finale, anything could happen. Now that it's clear that the Season 3 finale is meant to be the midpoint of the journey, there will be plenty of story left to tell. So hopefully, one of these fan theories can explain where This Is Us is headed.