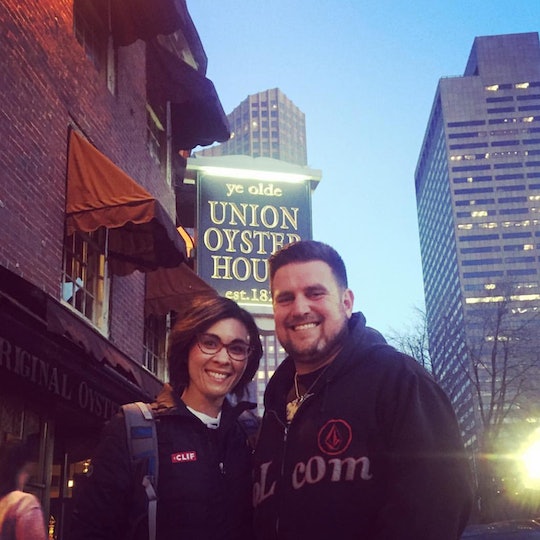 What Your Toddler's First Tantrum Will Teach You About Your Marriage

When my daughter was a toddler, she had epic meltdowns over the slightest inconveniences. If she asked for a fourth piece of candy and someone denied her, watch out. Honestly, these tantrums tested my partner and I's marriage. Over time we got used to her dramatics, sure, but there's definitely some things you can only learn about your marriage after handling your first public tantrum. The first all-out temper explosion sets the tone for how this parenting thing will work, so it's important whoever's in charge of running the show isn't your toddler (like ours was).

As of today, my husband and I have been together for nearly 13 years (married for almost 10), and in that time we've had our fair share of ups and downs. However, we have always managed to somehow find a way to endure the roller coaster ride until it's over. When you throw in a tantrum-throwing toddler, though, all logic, reasoning, and compassion fly out the window. It's hard to be on the same team when this little human is flopping around on the floor in front of you, testing every fiber of your patience, especially when it's done in public.

Though our daughter has only mildly calmed down in the tantrum department (tween hormones are the worst, you guys), I'd like to think my husband and I know how to deal with it together now, as opposed to how we'd work against one another through those early years. Here are some of the things you can probably only understand about your relationship once that initial public display of your tiny toddler's rage is happening. Warning: it may not be good things.