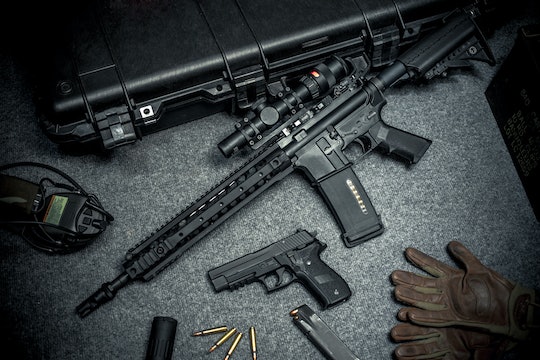 5 U.S. Gun Statistics That Prove There Is a Major Problem In This Country

On Wednesday, up to three shooters opened fire at the Inland Regional Center in San Bernardino, California. This tragic event, which has resulted in up to 14 people dead and 21 more injured, has caused many Americans to look into U.S. gun statistics. And for those looking to find some sort of comfort, they will come up empty handed.

The statistics from the San Bernardino shooting should be enough to shock legislators into improving gun control. This is the 25th mass shooting in California and 353rd mass shooting in the United States in 2015. This means, on some days, Americans suffered through multiple shootings in one day. It's also worth noting that California has some of the strictest gun laws in the United States, proving that more needs to be done to protect Americans from gun violence.

But it's not only numbers from today's incident in California that we should be paying attention to. There are statistics that span over several years and decades that prove there is a serious gun control problem in the United States. Here are five of the most mind-blowing U.S. gun statistics that prove we need to take action against gun violence and for better gun control.