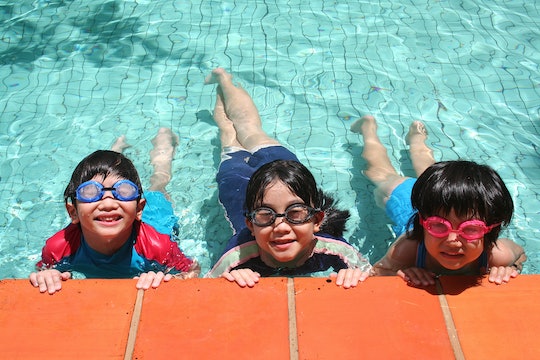 5 Ways To Avoid Birth Order Conditioning, Because Every Kid Is Different

The firstborn is always an overachiever. The youngest child is the baby of the family. And the middle child is Jan Brady personified. So the stereotypes go. But is there truth to the idea that when your child is born into a family can dictate their behavior? There’s been a lot of debate on the subject of birth order and its impact on a child’s personality. But if you want to steer clear from the stereotypes, you’ll need to know the ways parents can avoid birth order conditioning.

In a way, birth order is almost like trying to predict your child’s personality before your baby is even able to sit up on his own. “People love to learn about birth order effects,” Dr. Gabriela Martorell, Ph.D., a psychology professor at Virginia Wesleyan University, tells Romper. “According to these theories, whether or not you are a first-, middle-, or later-born child influences your personality.” You're probably already more than familiar with these theories (if you've ever watched TV, that is): Typically, the first child is smothered with attention — and then abruptly loses his title once another sibling shows up. Due to this dethroning of sorts, the firstborn will supposedly then become a structured, successful, and high-achieving adult. The middle child suffers from "Marcia, Marcia, Marcia" syndrome, since she’s stuck competing with an older sibling while trying to take the attention away from the younger child, who is often the apple of her parents’ eye. And then you have the youngest, who gets away with murder.

But whether you believe in birth order conditioning or not, it sometimes has a sneaky way of weaving itself into your mind — and as a result, the way you parent. “The problem is that birth order influences are largely a myth,” says Martorell. “Multiple large-scale studies with thousands of people have shown that while there is a very small effect associated with birth order, it’s washed out by factors like genetic influences, socioeconomic status, and culture.” To avoid any parenting pitfalls, these tips can help you see your child for who they are, no matter what order they were born in.