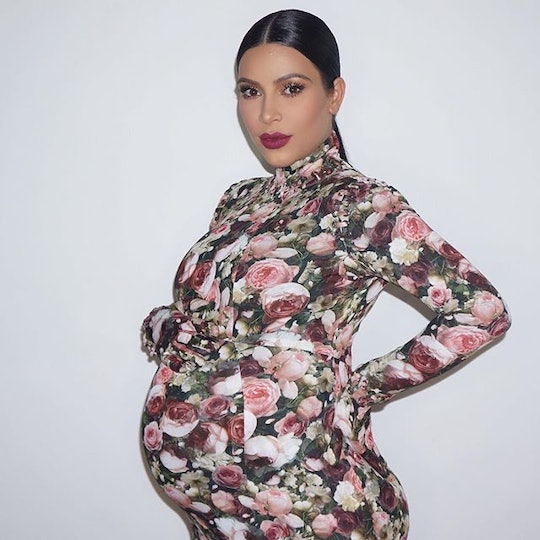 5 Ways To Stay Body Positive During Pregnancy (Because, Yes, It's Important)

With the many changes our bodies experience while pregnant, it's easy to sometimes fall into the self-deprecating psyche that brings about a negative body image. Trust me, we've all been there. I, too, fell into this trap during both of my pregnancies, but (thankfully) during some of my most self-loathing moments, I learned a few lessons on how to stay body positive during pregnancy.

I've never been one to lose sleep at night over my appearance. I was lucky enough to grow up with a dad that helped to foster a positive body image and shift my focus on more important things; like kindness, intelligence, respect (both for myself and others), and hard work. I never felt unfortunate looking, but I also never really put much thought into what others had to say about my looks because, well, I was raised to be body positive and I really didn't care what others thought about my body. I know, the thought of a teenage girl growing up and not worrying about what she looked like or how much she weighed is about as rare as a unicorn, but for the most part, I was that unicorn (thanks to my dad's constant positive reinforcement). For this reason, I thought that I would be immune to potential feelings of negativity towards my body during pregnancy, even though pregnancy is one of the hardest times for body image. But I was wrong. So so wrong.

My once oh-so active body became confined and restricted; my belly grew beyond the size of a basketball; my boobs were, well, out of control; I swelled and waddled and ached. In short, I hated being pregnant and I loathed my changing physique and I felt like I was going to be trapped inside of a body I didn't know, like, or recognized, for the rest of my life. When my weight gain started to exceed what my doctor considered healthy, he informed me that I needed to pay closer attention to the number of pounds I was gaining (like any respectable medical professional would). Of course, I took this personally and threw myself one gigantic pity party and invited Ben & Jerry's only.

As I was elbows deep in a bottomless pit of cookie dough ice cream, I realized that something had to change. I was neither physically or mentally in a healthy place, and for the sake of my baby, I needed to be. So, with a little work and a lot of patience, I was able to adopt a healthier attitude towards my body and carry out the rest of my pregnancy in a more body positive manner. Here are just a few ways I was able to bring myself back to my teenage days, and remain body positive while was pregnant: