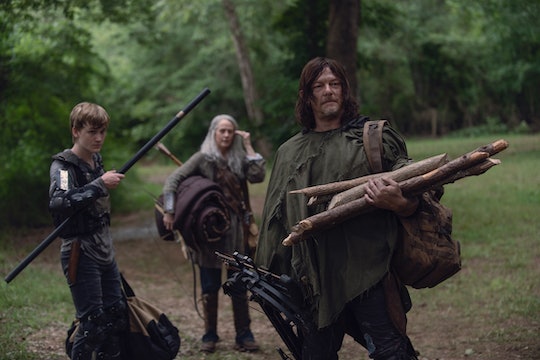 There's no question that the first half of The Walking Dead Season 9, could have served as one entire season. The Whisperers reveal at the end of Episode 8 would have been the perfect season-ending cliffhanger, but luckily it was just the winter finale and the show will be back in February. But until then, there are already several Walking Dead theories for Season 9 Part 2. Fans are already going bananas trying to figure out what comes next, basing their theories on the comic books and their own imaginations. And since The Walking Dead doesn't return for another two months, you can't really blame them.

Half of the fun of a show like this is trying to figure out what Negan's next move is or what the Whisperers want with the other surviving groups. There are also several people who are currently separated from their main groups, as per usual, so their fates are all sort of up in the air. I'm sure that some of the more pressing questions will be answered when the second half of The Walking Dead Season 9 premieres, but for now, fans have come up with some wild, and some plausible, theories that are all worth a second thought.