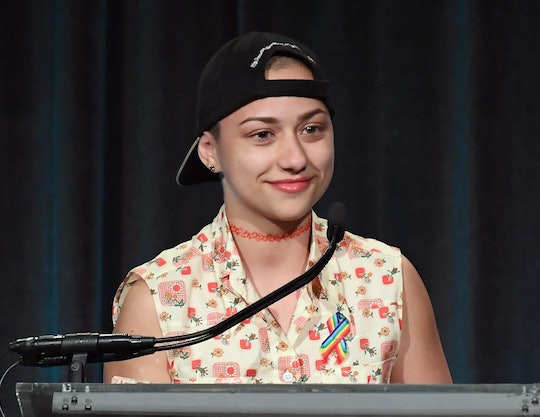 Generation Z Is Coming, & They Might Actually Be The Ones To Save The World

Like it or not, millennials, a new generation is coming into their own influential power. Knowing how the previous generations tend to skewer those succeeding them, let's prove that millennials actually do care about not being jerks, and that all of their waxing poetic about kindness and fairness is more than just the lip service of a poor generation. A part of that is understanding the generation coming of age in our stead, as our influence shifts from the newest fashion to the fanciest minivans. These 7 totally astonishing facts about Gen Z should go a long way in helping us get to know the next generation.

Generation Z is said to begin in the middle of the 1990s, around 1996, and ends around 2010-2015, depending on the metrics that you're using, reported Business Insider. Unlike millennials, they did not get to grow up in the idyllic period of the 1990s, before we understood the severe consequences of the shift from public to private debt in the 1980s, according to Complex. They were raised post 9/11, through the Great Recession, and are well aware of the student loan crisis that still plagues millennials, explained an article on Quartz. School shootings, once anathema to the majority of people, (remember how shaken we were post Columbine) are now a common occurrence, as CNN reported. This has fundamentally changed the generation. Their generation more closely resembles The Greatest Generation than millennials or their Xer parents. Only it's entirely more diverse and completely over everyone's crap.

More Like This
17 Fun & Interesting Facts About Valentine’s Day
Score Big On Super Bowl Sunday With The Best Frozen Apps From Trader Joe's
41 Costco Appetizers To Level Up Your Super Bowl Party
When Do We Spring Forward In 2023? Mark Your Calendars
What Parents Are Talking About — Delivered Straight To Your Inbox