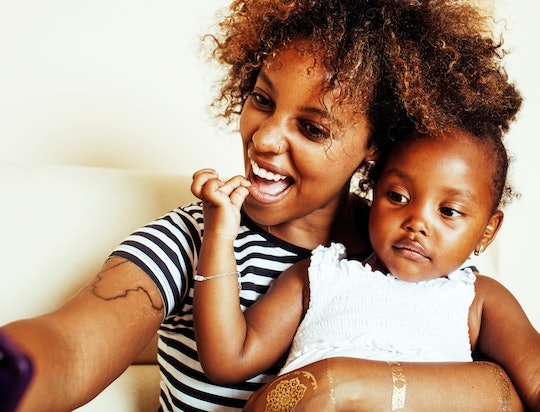 I'm A Millennial Mom & These 7 Stereotypes Are Definitely True

According to, well, everyone, millennials are narcissistic, self-involved, constantly oversharing, and perpetually lazy. Such stereotypes clearly don't paint my generation in the best light. But, as a millennial mom, I can say that some millennial stereotypes are definitely true, whether we like it or not. While stereotypes are the often the easiest (read: laziest) way to identify a group of people, and are rarely nice or polite, they're sometimes on point. I, personally, think more than a few millennial stereotypes are very much true and denying them only makes us look like we completely lack any self-realization. I'm pretty great at looking at myself through a realistic lens. I know my weaknesses and I know that, in many ways, I'm a true millennial.

I admit, I did have a very unrealistic view of the world when I graduated college. I was always told that if I worked hard I would be rewarded, so I worked hard at my post-graduate job and assumed I would be acknowledged for my efforts. It turns out, most of the world has a "what have you done for me lately?" attitude, so "rewards" don't really exist. For the most part, people don't even make the effort to tell you that you did a decent job. Instead, the world just takes and takes and gives very little in return. Well, that was a huge shocker for me and I constantly felt unappreciated at my job, even though I believed I went above and beyond. So, in true millennial fashion, I switched jobs. Baby Boomers and Generation X are notorious for being rather loyal to their places of work; they don't spend too much time trying to find fulfillment in their careers but, instead, just consider their jobs to be jobs. Millennials, on the other hand, are looking for vocations. They want their careers to match their identity. I definitely fall into that category.

According to political scientists Michael Hais and Morley Winograd, millennials have "higher voting rates and increased volunteerism after high school." Furthermore, they conclude that wanting to "be well off doesn't necessarily make one a narcissist," they could just be keeping up with the times and culture. Jean Twenge, professor of psychology at San Diego State University, says that millennials just "reflect the culture, and young people show the changes in the culture the strongest." So, while millennials have some negative characteristics, they definitely have some positive ones, too. I am a true millennial, in every sense of the word, so I think I have the authority to say that the following stereotypes about us are totally true: