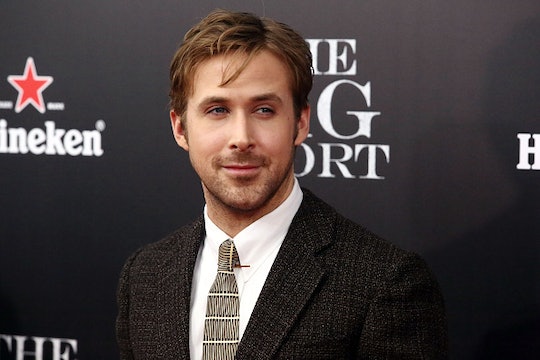 We all remember the days when Ryan Gosling memes set the internet ablaze. Yes, those were good times, back when we discovered that he could be an awesome feminist advocate and the ultimate sympathizer to any and all of our problems. Though it's been a couple years since "Hey Girl" made the actor internet-famous, it turns out that even today there's a large following of people out there whose RyGos meme devotion is still going strong.

If you thought the Ryan Gosling frenzy had died down at some point back then, you clearly haven't been poking around the weirder corners of the internet lately. (I mean, what else do you do in your spare time?) Though he went into hiding following the birth of his daughter, Gosling is back in the spotlight this month with the premiere of his new film The Big Short and a long-awaited stint hosting Saturday Night Live. As a result, there are a few colorful new memes out there that represent Ryan Gosling in all his internet glory, reminding us that the most dedicated fans out there are still coming up with ways to show their appreciation. As predicted, the internet still loves him as much as it ever did, and those with possibly too much time on their hands enjoy displaying it in some interesting ways. Without further ado, here are seven more Ryan Gosling memes that show this trend lives on.