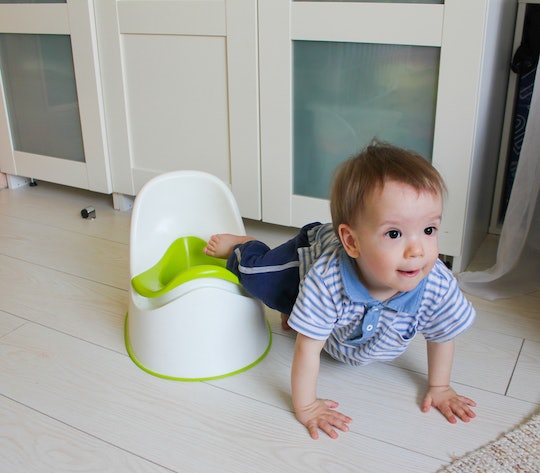 When I brought my firstborn home, I was obsessed with worry that he wasn't soiling his diaper. The baby books had me so freaked out that I actually jumped up and down at the first poop. By his first birthday, I was so over the whole diaper thing that I started looking forward to seeing the signs of readiness for potty-training. In my case, however, well... let's just say it was a more of a wait than I'd hoped for. Same with my second child. More than once, I worried I'd be buying pull-ups for the rest of my life.

What I didn't realize at the time was that there's a wide range of "normal" when it comes to toilet training. The American Academy of Pediatrics (AAP) assured parents that while some children are ready to begin the process as early as 18 months, others may not be ready until after age two or even three. Although children's bodies may physically be able to hold in their waste, that doesn't mean they have the emotional maturity to train. Kids need to be able to recognize their body's needs, communicate them, and be capable of taking themselves to the proper spot. Even then, they may still need time to develop the internal motivation to say goodbye to diapers.

How can you tell when your child is ready to make the transition to those first big-kid pants? There are definite indicators to look for, so if you notice your child displaying one or more of these signs, you'll know you're on the road out of Diaperville.