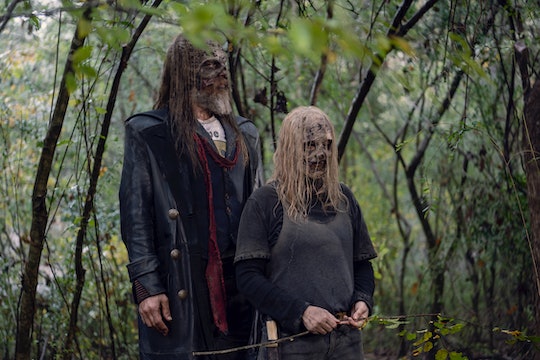 In a surprising turn of events more surprising than the fact that Negan is still alive and Henry isn't, The Walking Dead Season 9 finale ended with some hope in the air. After a brutal winter storm hit all of the communities and the Kingdom started to crumble, things calmed down. There weren't any more deaths and the survivors even had a snowball fight toward the end of the episode. So now is the time to consider all of the theories for The Walking Dead Season 10 and think about where things go from here.

The Whisperers are still a threat, as shown when Alpha and Beta talked about the tough times ahead, and no one knows where Maggie is or if she will ever come back to Hilltop, especially now that Tara died. But the one big takeaway was the bonding of all of these communities, which might have seemed impossible a few episodes ago.

The season ended on a somewhat high note, or as high as it could be on a post-apocalyptic show, and that could mean hope for a better future or the calm before the storm. So while we wait with bated breath for Season 10, there's no time like the present to consider what comes next on The Walking Dead.