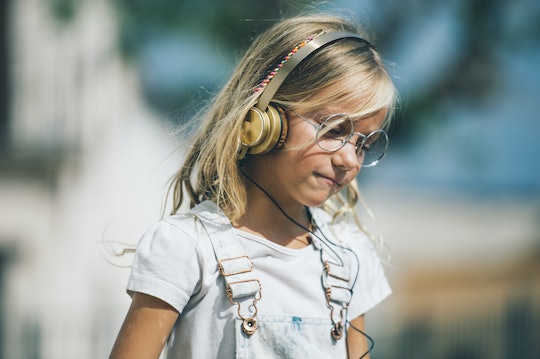 7 Things Girls Learn By Age 8 That Undermine Their Consent

While many parents are becoming increasingly aware of the importance in teaching their daughters consent, girls are still learning and internalize messages and actions that undermine their bodily autonomy. According to Dr. Laura Kastner, a clinical psychologist, body autonomy "refers to the human right of people to have control over their own bodies." Again, "human right." Still, that human right is violated at alarming rates. In today's world of rampant sexual assault of women and domestic violence, teaching little girls to respect and take charge of their bodies is not only necessary, it can be crucial for their survival. Sure, we must also teach boys to grow up to be respectful men, but that doesn't mean we shouldn't arm our daughter with power and confidence.

Two years ago, I was interrupted at work by a phone call. Typically, I don't pick up the phone when I see an unfamiliar number, but on that particular day I did. It was the nurse from my daughter's school. After she assured me everything was fine, she proceeded to tell me that my 6-year-old came to school with transparent leggings and needed to change. I had no idea what my daughter wore to school that day because she dresses herself for school and her grandfather drops her off at the bus stop since I am already at work. The nurse told me my daughter's leggings were inappropriate and that my daughter could not go back to class until someone brought her a pair of pants. Until then, she was forced to sit in the nurse's office, covered up by a blanket, likely scared and confused.

Not until two years later, did I realize what effect that day has had on my daughter and on her confidence. That day, she came home distraught. She cried from embarrassment; she clearly did not realize everyone could see her underwear; she was 6. My dad said she looked fine that morning. Now, she wears shorts underneath her dresses. Now, she covers up her belly and shoulders. Now, she is worried someone will think her body is embarrassing. So, while I do everything in my power to teach my daughter consent, a healthy body image, and bodily autonomy, a single day at her school, and the ridiculous way the totally benign situation was handled, put me 10 steps behind.

Parents should teach their daughters the importance of consent without undermining their personal choices or forcing them to dress a certain way or to look a certain way. While we cannot control other people, we definitely can control what happens in our home, because if we don't at least try, our girls will definitely learn the following: