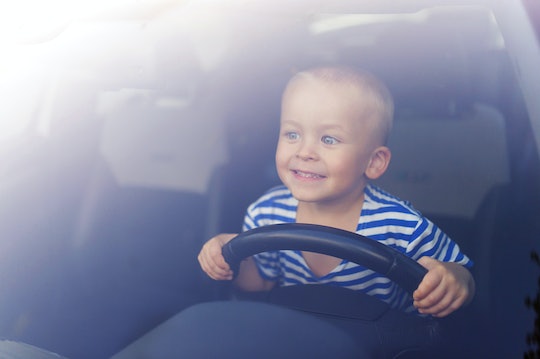 When my grandmother used to talk about raising my mom and aunt, it was hard to believe some of her stories actually happened. I mean, the things parents did less than 50 years ago were batsh*t crazy, and definitely wouldn't fly today (at least, I would assume they wouldn't in most households). I know previous parents meant well, of course, but when I hear those "survivor stories" from my mom or dad (even from my own childhood), I cringe a little. Sure, the world is ever-changing, as is each subsequent generation, but do we still need to explain why seat belts aren't only legally required, but helpful in preventing possible deaths?

I can't remember how old I was — young enough not to know better, but old enough to have the memory — when car safety wasn't really a thing, but I almost died from not wearing a seatbelt. I wasn't buckled and decided to swing my door open as my mom sped along a highway. I was dangling halfway out of the car while she swerved with one hand and tried to prevent me from falling out with the other. Luckily, she got a hold of me and — spoiler alert — I lived! With how safety conscious parents are these days, it's hard to believe that kind of thing could have ever happened.

It did happen, though,and I'm so glad us modern parents have come a long way when it comes to car, seatbelt, and car seat safety. Still, that's only one improvement on a long list of differences between past and present parents. So with that in mind, I present to you the batsh*t insane things parents did back in the day, because wow: