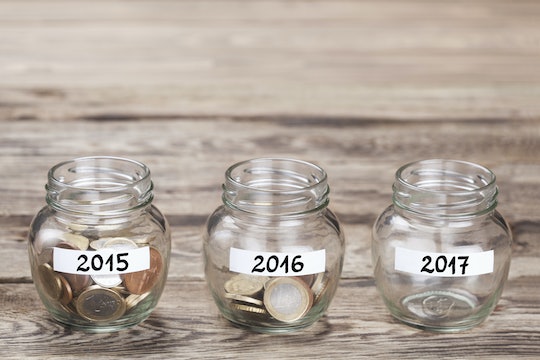 You constantly hear older parents telling us (relative) newbies to, "Treasure every moment, because it goes like that." While treasuring every moment is a ridiculous and impossible suggestion, I'll admit there is great wisdom in the idea that the years just fly by, especially when you have kids. I'm not even talking exclusively about issues related to your family. Looking back on 2015 and 2016 so far, I can't believe what a difference a year (give or take) has made on the cultural landscape. There are things parents did in 2015 that no parent would do today. Because, even in that span of just about two years, things that seem totally normal "back then" are potentially (if not definitely) laughable now.

It's no secret that 2016 has been a tough year. First of all, the 2016 election has pretty much been in our face non-stop for two years, so the collective "we" are done and over it and ready to move on. On top of the non-stop political coverage, an endless supply of important issues that need to be directly confronted and addressed have been in our mouths for some time now but, since this is an election cycle, few of the people talking the loudest are actually doing anything about those issues. Instead, "we" are just talking about them and getting anxious and riled up and probably arguing with relatives. So, you know, it's been a super fun year. Then, in a generally less important but equally pervasive way, you've got your celebrity news, heartbreaking celebrity deaths, and surprising celebrity breakups. We've had some damn cultural shake-ups, you guys, and the year isn't even over yet.

So I thought a fun (or perhaps really, really depressing) game to play would be to shift our focus and take a look at just how crazy things are with the benefit of retrospect and year or so's worth of perspective.