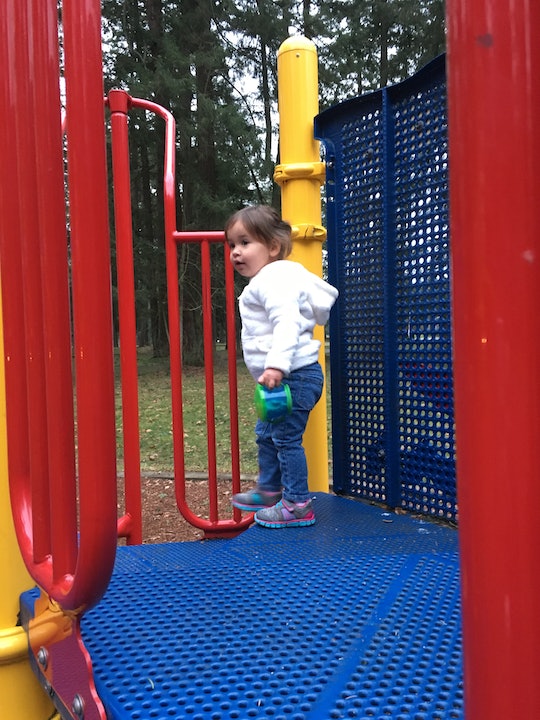 7 Times My Toddler Was Convinced Gravity Isn't A Thing

Toddlers have a lot to learn about the world. Everything, actually. They're not newborns who still haven't realized their hands belong to them, but they're learning the furry thing that goes "woof woof" is called a dog and that mom sometimes goes away but always comes back. Another important lesson in the toddler canon? What goes up must come down. At this point, I'm getting ready to set my daughter under an apple tree à la Isaac Newton, because my toddler is convinced that gravity isn't a thing.

In general, my kid is pretty cautious. When she was younger, she would get on her tummy and scoot off the patio to get to the grass (note: they're level with each other). She takes the stairs on her bum and holds onto railings or my hand. Then she learned to climb. Not only climb, but climb with no sense of self-preservation or reasonable fear of heights, my friends. Life as I knew it would never be the same.

I'm lucky. So far, my little doubting Thomas has been free of injury requiring more attention than a kiss to make it better. Falls among toddlers are fairly common, but fortunately kids are pretty resilient. Still, I'll work on being more vigilant until my darling child discovers that Bill Nye the Science Guy knows what he's talking about.