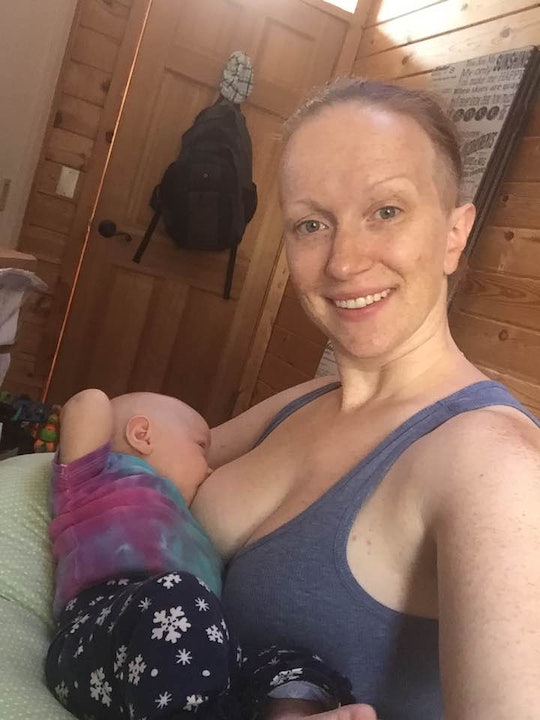 Breastfeeding Helped Me Heal After My Assault

I'm going to be quite honest and admit that I've been avoiding writing about this experience for, well, as long as I've been writing about parenting. However, it's always been in the back of my mind. It's always been in my heart and body, waiting to be written. So, I think it's about time I rip that band-aid off and tell the world about the ways breastfeeding helped me heal as a sexual assault survivor.

I'd be remiss if I didn't note that this is only my experience. I in no way mean to hold up my experience to other sexual assault survivors as proof that they can, or should, breastfeed in order to heal. I give a resounding and passionate "No!" to that line of thinking. Anybody who ever uses my experience toward that end is wielding a form of violence over a survivor and that is decidedly not why I am sharing my story. I am a sexual trauma therapist so I know firsthand, and beyond my own experience, how different people find different things healing while those same things can be triggering to others. There is no right or wrong when it comes to your body and how, or if and in what ways, you choose to share that body with your baby.