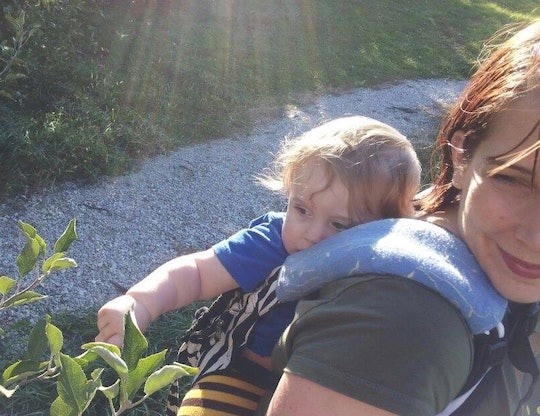 When you become a parent everything changes. Suddenly you have to consider the wellbeing of a tiny human, alongside your own, when you make decisions about everything. This is particularly obvious when you're a single parent, because you are it. If you make the wrong choice you might not have anyone to fall back on, and it could hurt not just you but your kids, too. No pressure or anything. There are so many decisions you'll make as a single mom that are heartbreaking, scary, agonizing, frustrating, and seriously tough. Still, they're decisions that have to be made.

My life as a single mom can be best described as a series of tough decisions,r really. From the decision to become a single parent in the first place, which was one of the toughest decisions I've ever had to make, to the daily choices I faced about what to sacrifice to satisfy our budget, our schedule, and everyone's needs, I was constantly making necessary and not always easy choices. Something always had to give, and that something was often my needs, wants, or desires.

When I made these decisions, it often felt like I had to disappoint my kids. I hated having to miss school and preschool events because I had to work, or say "no" to things like dinners out or new toys because we just didn't have the money. Add to that the decision to begin dating again, and to later re-marry, and, well, it felt like making tough decisions was pretty much what single parents have to do.

More Like This
The 4 Main Parenting Styles & Which Is Best For Kids
30 Great Non-Toy Gift Ideas For Kids
15 Elf On The Shelf Printable Letters From Santa
How Does Elf On The Shelf Work? A Simple Guide For Parents