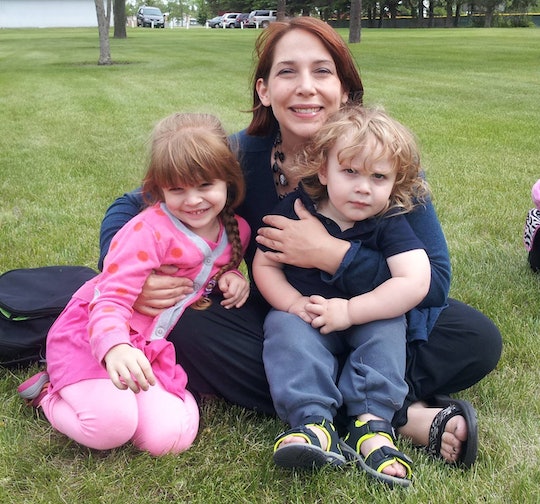 Being a mom is hard. Being a single mom is the hardest thing I've ever done. It sometimes feels like a bizarre circus act where you have to both take care of your kids and work full-time, and seem to fail at both simultaneously and often. You "do it all," while suspended above some serious doubts and fears, and feeling the weight of people perpetually judging you simply for existing. It seriously sucks. There are so many times that you feel like you have to apologize for being a single mom, even though you don't owe anyone a damn "I'm sorry," at all.

Like the fact that you are a single mom in the first place. I never really thought about it until I was faced with rude comments, raised eyebrows, and questions about how I got myself in that predicament. I was judged for taking my kids to events by myself, especially those typically attended by dads. I can assure you that attending a Father's Day breakfast as a single mom pretty much guarantees that you will be gossiped about and scrutinized. Of course, if I wasn't able to attend events, because I had to work, people looked down on that, too, which made me feel guilty and like a terrible mother. (I wasn't.)

I also got a lot of flack for doing the things I needed to stay sane and feel like a human being. I remember telling someone that I was training for a half marathon, and they asked, "How can you spend so much time away from your kids? Don't you feel guilty?" Well, I didn't until you suggested it. Ugh.

It seems like single moms can't win or that society thinks they should apologize for even existing, which is pretty crappy considering how hard they have to work to juggle parenting, home, and work responsibilities. I think society owes them an apology.