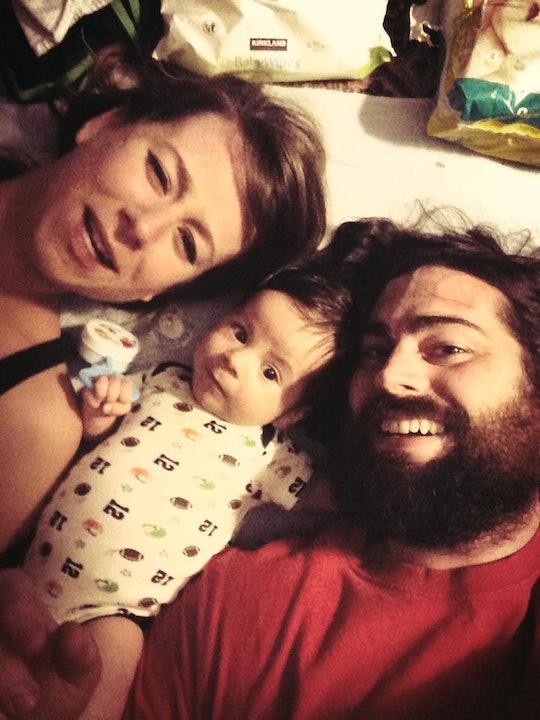 8 Ways My Baby Shuts Our Parent Arguments Down

My partner and I rarely fight, but I would be lying if I said we always see eye-to-eye on every single thing. In fact, one of the things I love most about our relationship is that we've learned to disagree and debate in a healthy way. I learn more from him than form someone who emphatically agrees with me on every single thing. However, sometimes (and especially when you have a new baby) arguing is just too taxing. Thankfully, in the throes of postpartum life my baby successfully ended arguments between my partner and I like it was his job. I mean, the kid may or may not have a future as a mediator. Remains to be seen, but the signs are there.

Of course, my partner and I weren't yelling or screaming at one another. We weren't calling one another names or being abusive to one another in any way. I feel like thats something that should be said and emphasized and repeated as needed, especially as someone who grew up in an abusive household and tried far too many times (and usually at the risk of my physical safety) to end an altercation between my father and my mother. It's never a child's job to fix your relationship. Ever.

However, parenthood is exhausting and taxing and usually confusing. You won't always agree with your partner about how to parent your kid the "right way," which means a few healthy debates and subsequent discussions are bound to happen. Sometimes they're frustrating, sometimes they're exhausting, but usually they're easily resolved if you two have learned how to handle disagreements in a positive, healthy, and supportive way. Especially if you have a kid who does the following things: