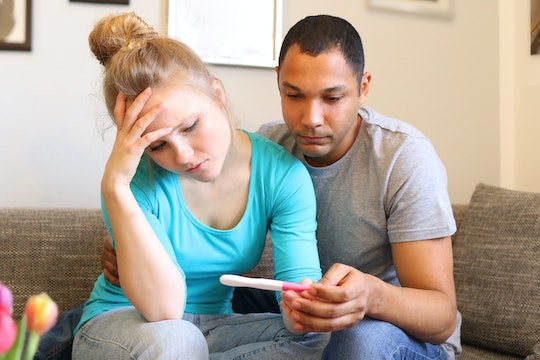 8 Ways TTC Actually Made Me Closer To My Partner

My husband and I have technically been trying to conceive (TTC) for over five years. In fact, at this point I think we've lost track of how many years we've actually been at it. When we started looking into why our TTC wasn't resulting in any success, we were well aware that infertility can often drive couples apart. However, thankfully and over the last five years, there are so many ways TTC actually made me closer to my partner.

More Like This
These 15 Signs Mean You Might Have A Toxic Relationship With Your Mom
Therapist Says: Alone Time For Moms Is A Necessity, Not An Indulgence
Lightning Crotch Can Actually Tell You These 7 Things About Your Pregnancy
The Nonmonogamous Moms Next Door

I can see how TTC — especially when it lasts for an extended period of time or at least longer than you initially expected it to — can drive couples apart. It's emotionally exhausting, intense, and, for most of us, the first time we're really out of control of what's happening in our lives. But I do believe that being aware of what could happen when you're TTC is the first step toward not allowing that to wedge to drive itself into the middle of your relationship. Every minute of the last five years hasn't been filled with rainbows and unicorns in our marriage, but overall, we have both remarked that we're grateful the situation brought us closer together rather than tore us apart.

Our marriage isn't bulletproof by any means. In fact, our TTC journey indirectly led us to (really helpful) marriage counseling after several failed adoptions. Of course, I don't think any marriage is immune from trials and tribulations. Instead, marriage is what you make it, and sometimes that means making as much lemonade from the seemingly endless years of lemons as you can.