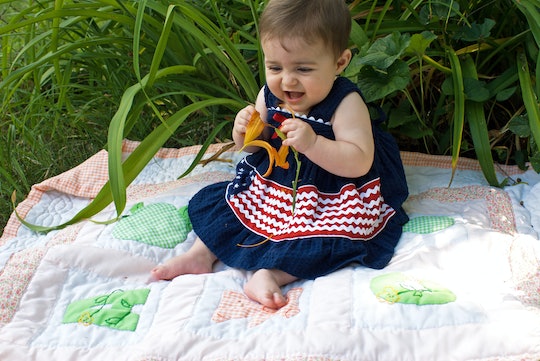 86 Baby Names Inspired By Badass Politicians, Because This Generation Has Work To Do

When you're naming your child, it's easy to get overwhelmed by choice. You could name them for family... but which side? Are you going to alienate someone? Maybe it's safer to pick a literary character like Darcy or Atticus, or a sports star like Stephan or Meghan. Many parents choose to name their children after people who have inspired them, like union leaders or presidents. To help you find your favorite, I've compiled a list of 86 baby names inspired by badass politicians.

This list isn't limited to traditional politicians like famous mayors and members of congress. Instead, I've opened it up to wives of politicians who made an impact, Supreme Court judges, protest leaders, and suffragettes. I'm also not limiting my list to American politicians. So many people worldwide have made an impact on how the world views and interacts with politics, and it's important we recognize that. Not to mention that we are far from a homogenous nation, and celebrating our vast melting pot in how we name our children is as traditionally American as baseball and awkward conversations at Thanksgiving. I have no doubt that there's a name on this list you'll love.