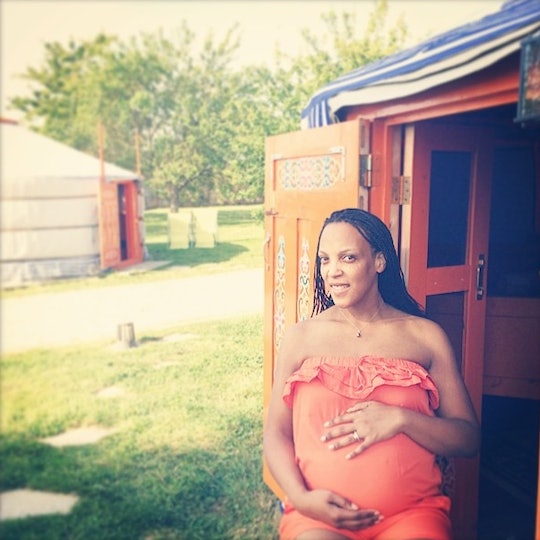 Pregnancy can be a really hard time for a woman's body image, no matter how great she feels about herself beforehand. It doesn't help that the ways pregnant women are body shamed never seem to end, from the beginning of the pregnancy to the end. As if expecting moms don't already have enough to deal with.

Both times that I was pregnant, I was working in retail, where boundaries get overstepped by customers on the regular. So many people felt it was their place to give me unsolicited advice about my pregnancies, and unsolicited opinions about my growing belly. I am not someone who holds her tongue by nature, so having to swallow my responses to those customers, and smile and nod as they insulted me left me ready to punch a wall of diapers.

It's bizarre, really. There is something about a pregnant woman that appears to emit a subtle signal to people everywhere, giving them the erroneous impresson that they're allowed to say (and often do) things that would be otherwise socially unacceptable.

Here's an important thing to note, though, if you're thinking about commenting on an expecting mom's appearance: However it is that you think a woman should look at whatever stage of her pregnancy, it is ultimately going to be inaccurate. Why? Because every woman's body is different, and responds differently to that growing baby inside of them. So take a step back, keep that comment safely inside your head, and appreciate that this expecting mom is growing a new life in the way that is best for her body.

For those of us who have been there, well, all of this is likely to feel very familiar: