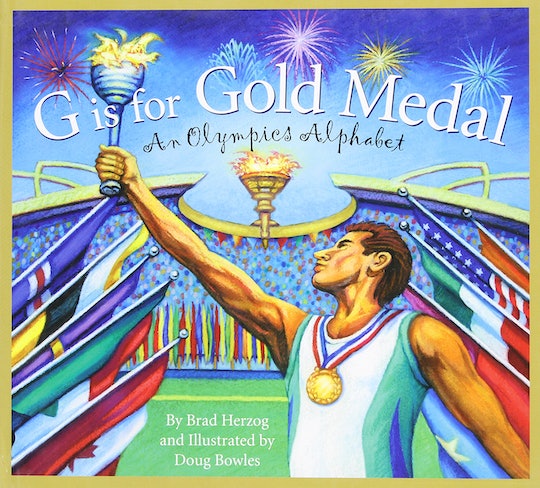 With the Winter Olympics officially underway, it's no surprise that parents across the world are talking to their kids about athletes, competition, patriotism, and of course, the real spirit of the Olympics — hope and determination. While there's plenty of talk on news outlets about what's happening in South Korea, children's books about the Olympics can really teach your kids what the games are all about and how important they are when it comes to promoting unity and sportsmanship.

The best part about this particular list of children's books is that they're pretty broad Olympic stories. While it's time for the Winter Olympics right now, most of these can be read for the Special Olympics, the Summer Olympics, and the Paralympics. These stories range in topics, some focusing on the most spectacular athletes of Team U.S.A. (looking at you, Michael Phelps and Alice Coachman) and some focusing on the most inspiring stories of the Olympics, like the 1988 Jamaican bobsled team. Others specifically talk about the history of the Olympics and how they have become the games we know today (with plenty of traditional moments still involved) and some are just fun, kid-friendly reads that evoke the spirit of the Olympics.

So pick a few, have some fun reading moments to discuss, and then start your own backyard Olympic Games.