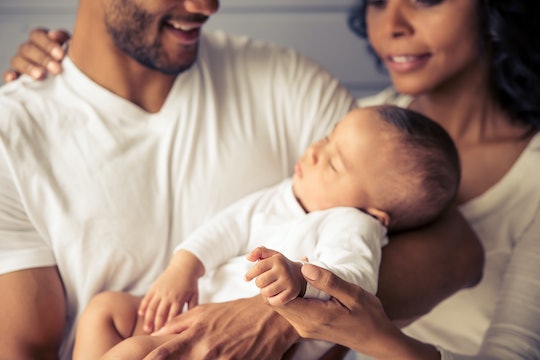 As parents, we'd like to think we're the ones calling the shots. After all, we're the "grown ups" and we're the ones providing a loving home and stable environment and food and clothing and all the other necessities for our child (or children). We're paying the bills and making the big decisions and writing the day-to-day (and bit picture) plans. So, I mean, we're in charge, right? Sure, until you experience one of many moments that make you realize your baby's the one in charge, and not you. The control you think you have is, well, an allusion (probably brought on by lack of sleep, but that's neither here nor there).

As an adult, and like many adults, I like to be in charge of my own life. I like to be able to control my own schedule and change it or alter it whenever I want, however I want. Then, well, I became a mom, and I discovered I could no longer do whatever I wanted or make my own schedule. When I entered motherhood I realized I had to put my daughter's needs in front of my own agenda, regardless of how exhausting, frustrating, or just plain upsetting it was. I was no longer in charge of my schedule (and in a way, my own life). Instead, my newborn daughter was.

Sacrifices are to be expected, and I don't think there's a pregnant woman in the world who doesn't know that in one way or another, her life and routine are going to change once she becomes a mom. However, I will also go so far as to say that most parents are pretty shocked when they realize just how much changes, and how little control they really have over things as simple as eating and sleeping and running a quick errand. So, because no one likes to be surprised when they're postpartum and sleep deprived and hormonal and sore, here are just a few ways your baby will remind you that, whether you like it or not, they're calling the shots.