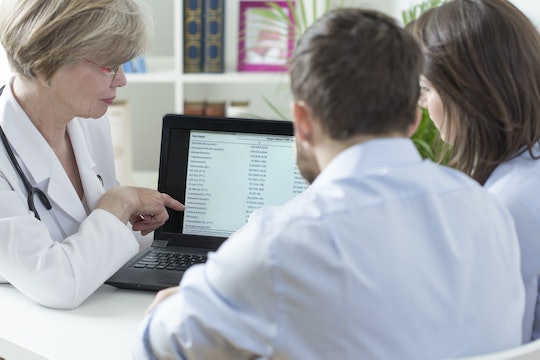 Trying to conceive a baby isn't always as easy as it sounds. While some seem to get pregnant at the drop of a hat, others have a much harder time getting things to line up as they're supposed to. Problems such as PCOS, endometriosis, and sterility wreak havoc on those desperately wanting a child to call their own. However, there are some good things that can come from all of this, like how fertility struggles make your relationship stronger. Yes, stronger, and I can attest to this.

My body's ability to get pregnant with my firstborn was effortless. In fact, I'd actually been on birth control at the time and in no way trying to have a baby. Surprise! Life had other plans and I'm grateful for that. Years later, though, when my partner and I actively planned and tried for our second child, life had other plans again. This time, however, it was not to give us another baby just yet. I suffered my first miscarriage in 2009 and again at the tail end of 2010 (New Year's Eve, to be exact). I'd long before been diagnosed with PCOS with a tilted uterus to boot, so my doctor and I had spoken about fertility treatments often. It never occurred to me I couldn't have another baby at some point because, at the time, I wasn't ready to face such finality.

Luckily, in the early winter months of 2011, I became pregnant again. Due to previous complications and losses, I'd been labeled a "threatened abortion." They did not believe this baby would thrive and thus, I prepared for another long journey of healing. I remember very vividly how they immediately sent me down for an ultrasound and, to everyone's delight, there was a strong heartbeat. I gave birth to my beautiful, healthy son, October 11th, 2011. I can't help but reflect back on all my partner and I went through together and how, in all this, we came out stronger than ever. With that said, here are just a few ways fertility struggles can make your relationship stronger. Infertility doesn't have to break you, if you don't let it.