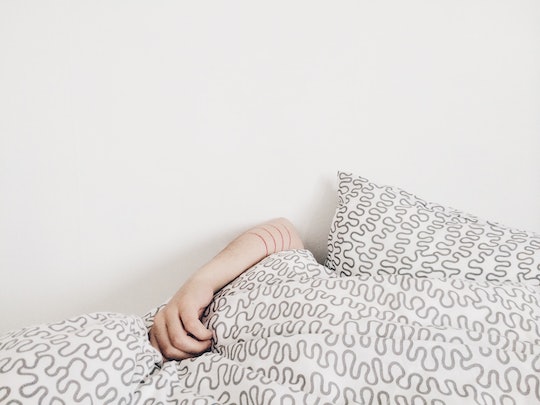 9 Reasons It's OK To Sometimes Not Want To Parent Anymore

We all have our "off" days when it comes to raising kids. The days where you swear if you have to change one more explosive diaper you're probably going to explode yourself; the days when trying to communicate the importance of broccoli to a child that loathes anything green; the days when you finally reach your limit and you want to quit mothering. We all have them, and it's okay to sometimes not want to parent anymore because of them.

The one thing that every mom thinks, but rarely says out loud is that, sometimes (or even a surprisingly decent amount of time) we just want to quit motherhood. We just want to pack up our spit-up covered bags and be on our merry way, back to the days when our lives weren't dictated by a tiny human's bowel movements. Motherhood provides you with some inevitable life changes that, while wonderful, are also difficult. Because you're still human and you're still flawed and you're still capable of being selfish, growing tired of caring for a child is a perfectly normal part of parenthood. In fact, if motherhood hasn't completely exhausted you at some point, you're probably not doing it right because this gig is serious. It's awesome and priceless and magical, but damn if this journey isn't a trying one.

The good news is: you're not alone. Even if the moments that leave you wanting to quit the parenting game make you feel like a terrible parent, you're not. You're doing fine. Actually, you're doing better than fine and the one thing you need to know when you feel like quitting is that, well, you won't. That thought will come and go and you'll experience one of those priceless parenting moments and all will feel right in the world. So if you ever get to feeling down; if you ever doubt your abilities to raise tiny humans into capable adults; if you ever think that parenthood feels like an endless abyss of tantrums and messes, just remember that it's not your fault. There are many, many, completely justifiable reasons for why you feel like giving up, including: