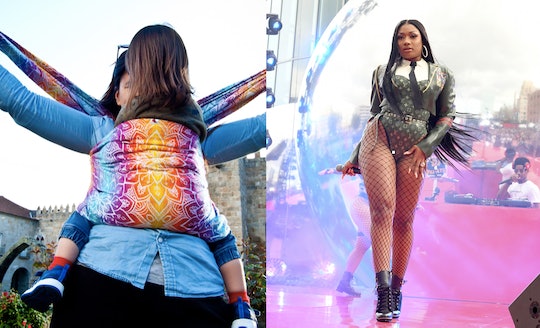 I admit, I am well-known for being late to trends. Hey, as a mom I'm pretty preoccupied with the myriad, incessant needs (and "needs") of my children. But if I'm being honest, I have to say that I've always been woefully out of the loop with basically anything pop culture. So it should come as no surprise that I missed out on "Hot Girl Summer." Looking back, I can vaguely sort of remember a few hashtags, random remarks, and the occasional meme, but on the whole it just wasn't on my radar. But the more I delved into the issue, the more I realized that I for sure had a Hot Girl Summer. I just didn't realize it.

In an interview with The Root, Megan Thee Stallion, the rapper who coined the term via the song of the same name, said, “It’s just basically about women — and men — just being unapologetically them, just having a good-ass time, hyping up your friends, doing you, not giving a damn about what nobody got to say about it. You definitely have to be a person that can be the life of the party, and, y’know, just a bad b*tch.” And in an interview with PEOPLE, she said, “You have to be confident, you have to be kind, you have to be a great friend, you just have to be unapologetically you."

You guys, I'm unapologetically me! I had a good-ass time with my friends this summer! I like to think I'm kind. And, as my wardrobe of old t-shirts proves, I do me and don't give a damn about what people have to say. You guys? I think I'm a bad b*tch!

Here are some signs you, too, may have had a Hot Girl Summer just by being wonderfully you.

More Like This
The “Tripledemic” Is Scary, But I Feel Less Helpless When I Wear A Mask
The 4 Main Parenting Styles & Which Is Best For Kids
Moms, Just Eat The Fruit Dammit
My Parents Never Taught Me To Cook So I'd Always Need Them