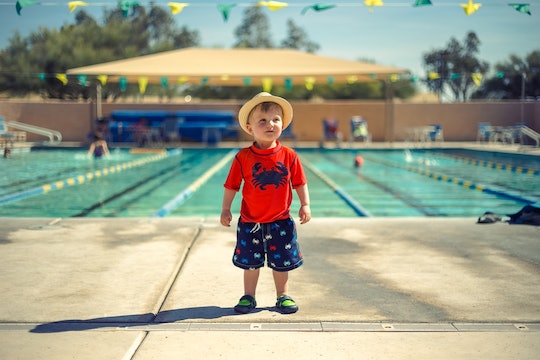 9 Struggles Moms Of Boys Understand All Too Well

Raising any child, regardless of gender, is difficult. I mean, gender doesn't decide how often a baby poops or needs to be fed or cries or, well, you name it. However, there are some struggles moms of boys understand all too well; struggles that seem to be somewhat "boy specific," although that's probably thanks to the gender stereotypes our society has continued to perpetuate. Honestly, I know plenty of moms with daughters who experience many of the same struggles on a day-to-day basis, too. So, in the end, gender be damned: raising kids is just hard all the way around.

Still, if you're raising a boy you probably (or definitely) feel an obligation to raise him to be respectful and kind and to not use his privilege as a self-identifying male (if he continues to) for all the wrong reasons. You don't want to chain him to the concepts of toxic masculinity either; the kind that tell him that he can't be sympathetic or emotional but should, instead, be violent and detached. When you realize how powerful gender stereotypes can be, you definitely feel the struggles associated with combating them. So, while the following struggles seem somewhat specific to boys (sometimes), it's safe to say that the biggest struggle any parent has is fighting against gender stereotypes that society continues to try to place on people, even children. It's about fighting against the idea of toys being specific to either a "boy" or a "girl." It's about pushing against the idea that only a little boy can do one thing and only a little girl can do another thing. It's about letting our children discover who they are, instead of pushing them to be a certain way because of their gender. Because, hey, they're just children.

So, with that in mind, here are a few struggles moms with boys probably experience on a daily basis. As a mom of boys myself, I can attest to every single one. Keep on fighting the good fight, parents. I see you.