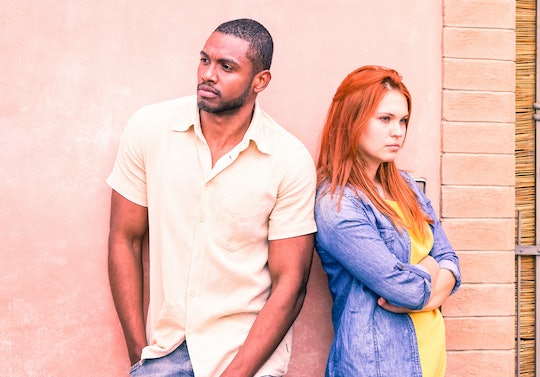 It goes without saying (but apparently not without typing): relationships are hard. Being part of a healthy and supportive couple takes work, which doesn't sound very appealing (at times) and is anything but romantic but is so very worth the effort, I can assure you. If you're in a grown-ass relationship, where two people and their individualities are respected, you'll act a certain way and treat your partner a certain way and value your coupledom in a certain way. That definitely applies to arguing, as there are just some things all grown-ass couples do when they fight.

Sure, some may argue that healthy couples never fight, and that could very well be true for certain relationships, but if you've been around and have fallen in love and have consistently supported and shared a life with someone for any discernible amount of time, you're bound to (at the very least) disagree. No two people are the same, which means no two people are going to see eye-to-eye on every single solitary thing. My partner and I rarely argue, but that doesn't mean we don't argue. I love him enough to tell him when I think he's flat out, horribly wrong, which usually starts a debate or argument or fight that were both passionate about.

Which is why healthy and fair fighting habits are essential in any relationship, if you're to maintain a positive, long-lasting and fulfilling coupledom. So, if you do these nine things when you fight, I guarantee you, you'll be part of a grown-ass couple who sticks together, through thick, thin and all the seemingly endless arguments that are sure to come your way.