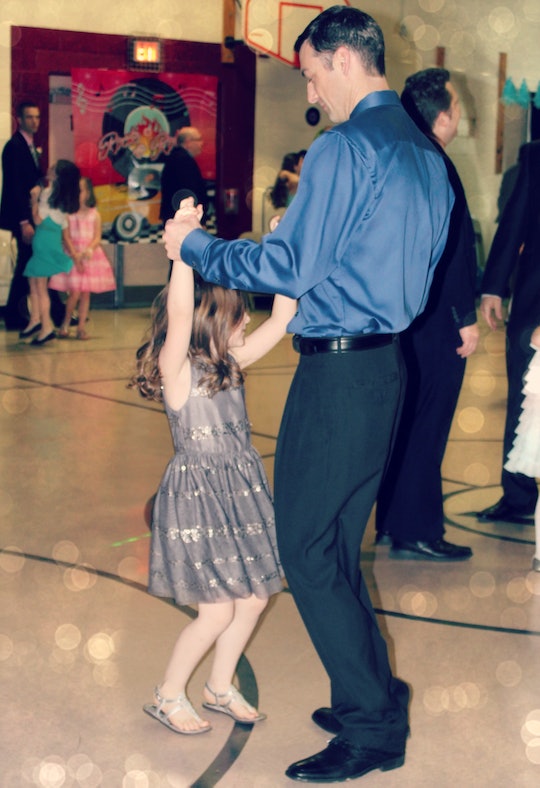 Actually, We Need To Stop Worshiping Dads Of Daughters

These days, and unfortunately, dads are "brave" for taking care of their kids. They're "brave" for being present and participating parents. They're celebrated for "babysitting," because apparently when a dad stays home with his own children it's called "babysitting." I don't remember the last time I paid my husband for being a parent and I'm pretty sure babysitters get paid, in cash. Then, there are the things people worship dads of daughters for that moms with daughters to every day, as if simply parenting someone of a different gender is an incredible milestone. Ugh.

More Like This
Is The Tooth Fairy Real?
Here's What Your Kid Is Really Saying When They Tell You They Hate You
If A Tick's Head Gets Stuck When You're Pulling It Out, Here's What To Do
30 Cheap & Easy Summer Activities For Kids

Brave. What an interesting way to describe a dad for taking care of his children. Funny too, since mothers aren't considered brave at all, they are just, like, mothers. When I think of someone brave, I think of someone fearless, courageous, and heroic. I get it, parenting in itself is heroic. Raising human beings and making sure these human beings become good human beings and contributing members of society is courageous. But, like, how come mothers aren't also brave? That's a rhetorical question, because I'm fully aware of the double-standard in our society.

To be fair, men are becoming way more involved in their children's lives and that is a relatively new shift in parenting. I guess in some ways it should be praised and revered, but this new(ish) paradigm should be celebrated in a different context. Dads who parent should not be rewarded for doing what they should have been doing all along, our society should just welcome this "trend" in parenting as the new norm. Men who are parents should have always been parents. Instead, however, we are still praising dads for doing things with their daughters that moms do every day.