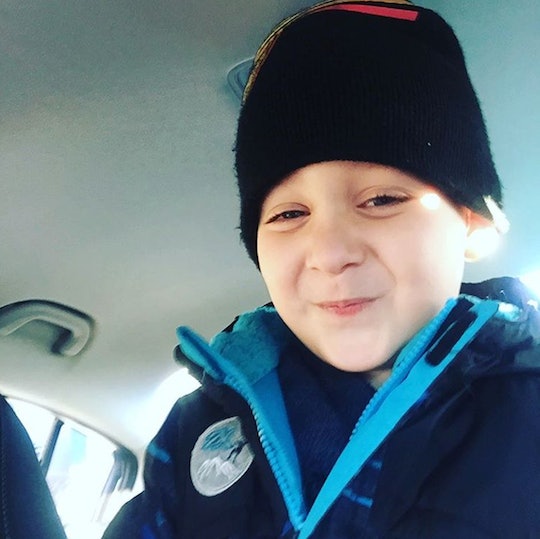 9 Times When My Son Actually Took Care Of Me

My son is only five but absolutely one of my favorite people in the entire universe (not an exaggeration). He seemed to come out of me with all the traits I was lacking (and desperately needed) and even though he's so young, there have been a lot of times when my son took care of me without knowing it and I'm so, so grateful. Not only is this sweet boy my rainbow baby, he was an actual wish come true. It's hard to explain my relationship with my baby boy, but I'll try (and before you think the words "mama's boy," he totally is and we're OK with that).

Let me rewind for a second. After having my daughter in 2006 and suffering through intense postpartum depression (PPD), a lot of my time before my son was born was filled with miscarriage and infertility. It all really changed me as a mother, wife, and woman. Once pregnant with my son five years later, and his little fetal heartbeat strengthened more by the day, we had a different connection than I'd had with my daughter (or really, anyone). It doesn't mean I love him more than everyone else, it just means our relationship has always been different because maybe we subconsciously bonded through my previous losses. When you hope for pregnancy for so long, and experience loss in between, it's hard not to be so attached. I actually think my daughter might agree about their own relationship, though it depends on the day you ask her.

What I've noticed over the years is that despite all the times I'm there for him, he's also been there for me. Only, he has no idea how big his words or actions are at the time. Here are just some of those ways he's brightened my world just by being him.