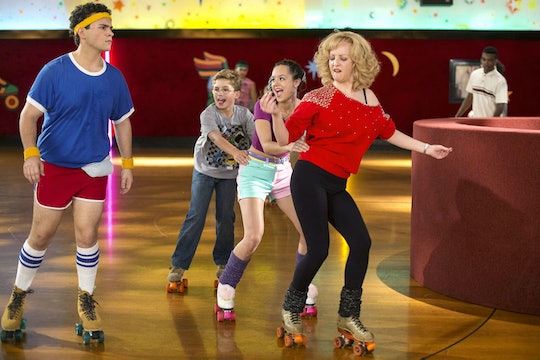 9 TV Shows You Can Binge-Watch With Your Kid Is In The Room, Since Cursing Doesn't Always Fly

I fully believe in parenting with an open mind and not sheltering your children from the world, but there are some things that are best for your kiddos not to see. Like your favorite TV show where people routinely gouge out the eyes of the undead with arrows and have their intestines torn out of their bodies as sustenance for a zombie. But that doesn't mean the television has to be on Peppa Pig all day long. There are plenty of TV shows you can binge-watch around your kids. (But you're probably going to have to share your snacks.)

Chances are, your kid isn't going to be paying much attention to the TV. My own daughter rarely looks at the television unless Elmo is singing his mind-numbing, one-word songs. But that doesn't mean you can turn on Breaking Bad while your kids play with their Little People sets. Meth and murder? Not so great for little ears. But these nine TV shows are perfect for binge-watching, even if there's a kid in the room. Some of them may still sound risque, but they showcase some great lessons and can spark an important conversation in your home. The rest of them? Well those jokes will just go right over your kids' heads anyway.