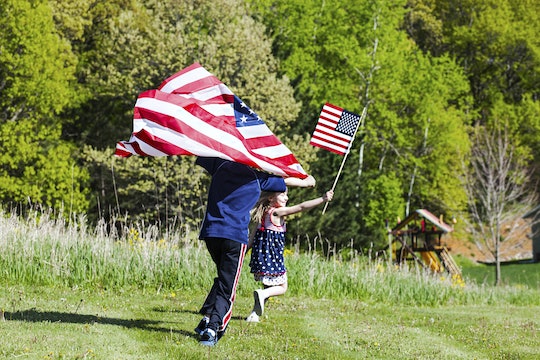 It's no secret that becoming a mother changes your life, but it's often the small changes that end up being the most surprising. Sure, you're not going to sleep as often and your priorities are going to change, but becoming a mom changes how you celebrate the 4th of July, too, and just like any other change parenthood provides, those changes can be both good and bad.

Before I had a baby, 4th of July meant barbecues and booze and laying out in the sun without any sunblock because, well, hello tanned skin for the remainder of the summer. It definitely meant times with friends and staying out way too late and being extremely carefree. Now? Now it means all the sunblock I can buy and family friendly celebrations and, sometimes, even just staying at home because big crowds are such a pain. I can tell you that for me, personally, I like 4th of July celebrations as a mother. I get to watch my son experience them for the first time; watch him as he stares at fireworks; watch him play with other kids and run through sprinklers and enjoy himself without a care in the world. I get to facilitate my son's happiness, and there's nothing better than that (plus I don't get sunburned near as often, which is a win).

I might not be as carefree as I used to be, but the ways my 4th of July celebrations have changed now that I'm a mom constantly remind me that parenthood is a set of wonderful, sometimes, hilarious changes that I wouldn't give back for the world.