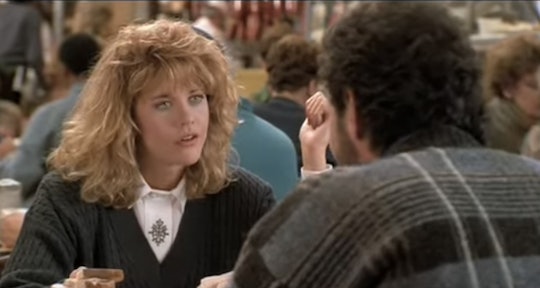 9 Ways Rom-Coms Prepared Me For Parenthood

Confession: I am not a movie person. I don't like fantasy, I'm not really a fan of cartoons (I know, I'm basically a horrible person), I don't enjoy anything scary. I definitely don't love movies where the characters feel awkward for the bulk of the movie, either. That makes me so uncomfortable. However, a good romantic comedy? Those I can watch any night of the week. Thankfully it's paid off big time because my love of rom-coms prepared me for parenthood. From the tears to the wine and even the bitchy best friend, rom-coms are practically parenting boot camp.

Don't judge, but one of my favorite rom-coms (after Love Actually, which lives in the number one spot in perpetuity) is Forgetting Sarah Marshall primarily thanks to the scene in which Sarah Marshall calls bullsh*t on her boyfriend Aldous Snow and with the most hilariously fake British accent. Somehow repeating the word "bullsh*t" in such a botched British accent is really therapeutic when you're changing dirty diapers or your toddler is trying to pull a fast one on you. Nothing like mocking your child to relieve a little stress, right?

Rom-coms are as instructional as they are comforting when it comes being a parent. The characters take the hits and usually keep on rolling, or at least they figure out a way to soothe themselves so they can pick themselves up again. There's a healthy dose of comedy, which any parent can benefit from, and a little reminder that romance is important.