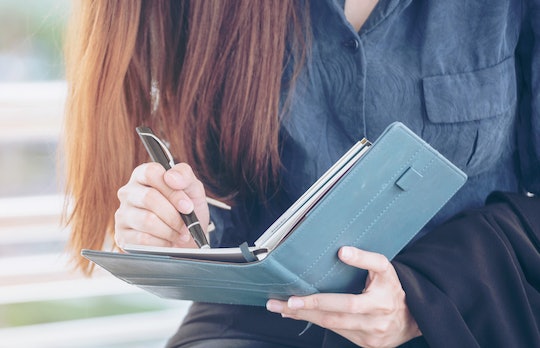 Although many people experience ovulation a few times a year without even noticing it, this window of fertility does affect the body in some peculiar ways. Seriously, some of the things that happen to your body when you're ovulating are pretty surprising. From your skin to your sense of smell, this part of the monthly cycle has some wild effects.

First, though, it's helpful to learn a little more about ovulation. "Ovulation is the process in which a mature egg is released from the ovary," explained Yvonne Butler Tobah, M.D. of the Mayo Clinic. "Those six days are important because the egg is able to be fertilized for about 12 to 24 hours after it's released." Ovulation generally occurs about 14 days prior to the start of a menstrual cycle, although many people do not line up exactly with a 28-day cycle, as Dr. Tobah further explained. In other words, ovulation is the window of time in which a human female can get pregnant. If you aren't on a hormonal birth control, then monitoring signs of ovulation is one way to help track fertility. Read on to learn more about the interesting (and sometimes kind of weird) ways ovulation affects the body. It's just another fascinating way ovulation changes the body.