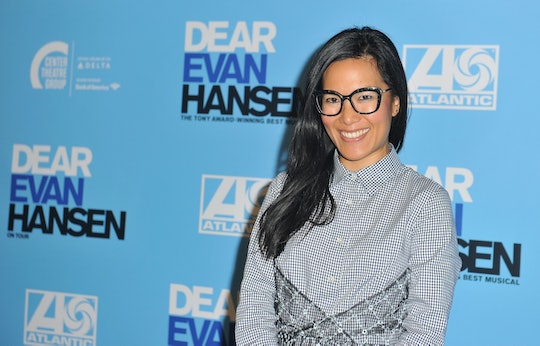 Have you ever had one of those moments with a celebrity when you assume something about them? Of course you have, everyone has. Take Ali Wong for instance. In my opinion the stand-up comedienne and actress is one of those people who is just tailor made to star as the lead in a romantic comedy so I assumed it had already happened. In point of fact I might have even assumed I watched it and really enjoyed it... but apparently this was all an unfulfilled fantasy. Until now. Because Ali Wong is starring in a rom-com for Netflix just like I dreamed she already had, and now we can all live in this beautiful dream together.

On Tuesday Netflix dropped a trailer for a rom-com that is set to be released on May 31 called Always Be My Maybe, and before we go any further can we talk about how perfectly Ali Wong the title is? A pun based on a Mariah Carey hit from the nineties? Stick a fork in me I'm done. And as if that title and the fact that Ali Wong is the female lead weren't enough, please now watch this brilliant trailer. Because we're good people who deserve good things I don't care what anyone says.

Wong stars in Always Be My Maybe alongside Randall Park, someone she presumably knows pretty well since they've both worked on the television series Fresh Off The Boat (she writes for the show while he is one of the stars). Wong stars as Sasha, the longtime best platonic friend of Park's character Marcus. The two have apparently friend-zoned each other for years but it seems Marcus is ready to tell Sasha he actually really loves her. The only issue being all Sasha wants to do is talk about the new man in her life she's apparently having earth-shattering sex with, and spoiler alert this man is reportedly Keanu Reeves, as noted by Vulture. So I feel like things aren't looking great for poor old Marcus.

I think we can all assume hilarity and romance ensues. Mostly because Ali Wong is widely considered one of the funniest females on the planet... unless she's trying to make one of her two daughters laugh by dancing to "Under Pressure."

Starring in a rom-com seems like the most perfect, seamless transition for the Hard Knock Wife star, and fans are already super excited to see what's in store with Always Be My Maybe, letting the star know they're here for it on her Instagram feed.

An American movie about an asian chick into an asian guy. How novel. Amazing. Please more! 💪

I love this & especially for the diversity.

Fortunately none of us will have to wait too long to catch Always Be My Maybe either on Netflix or in select theaters; just until May 31. Which is just about five weeks.

I have a feeling it will definitely be worth the wait.