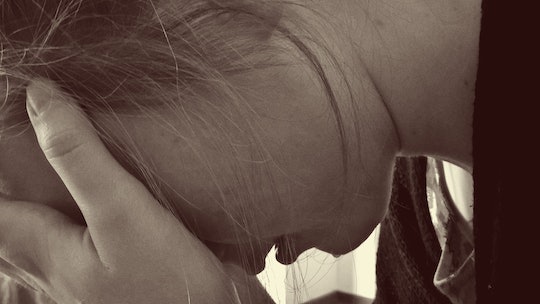 Antidepressant Use During Pregnancy Won't Give Your Kid ADHD

A new study published this week in The BMJ (formerly known as the British Medical Journal) is raising questions on the possible link between use of antidepressants during pregnancy and whether children have higher risk of developing certain physical or mental disorders. In the case of attention-deficit hyperactivity disorder (ADHD), the issue may not be exposure to the drugs themselves, as researchers once believed. Women with depression appear more likely to have children with ADHD, even if they don’t take antidepressants during pregnancy, according to this new study. Researchers said the supposed link between antidepressant use in pregnancy and childhood ADHD may be better explained by understanding the long-term effects of maternal depression.

The study focused on some 190,618 children born in Hong Kong between 2001 and 2009, comparing outcomes for kids born to mothers who had been treated for depression during pregnancy to those who were only treated before pregnancy. Researchers found that the risk of developing ADHD was the same — roughly three percent — whether or not the child had been exposed to SSRIs in utero. Other medications carried higher risks: women who used other antidepressants were 59 percent more likely to have children with ADHD, according to the study.

In addition, the Hong Kong study found that mothers with psychiatric problems, including depression, were 84 percent more likely to have children with ADHD than mothers without mental health problems.

Of course, whether to medicate depression during pregnancy is a complicated question. And with all the conflicting evidence about whether antidepressant use during and after pregnancy can have a negative impact in children, it makes sense that mothers might harbor doubts about seeking treatment. Before now, several studies had pointed to a connection between the use of antidepressants — or, more specifically, the use of commonly prescribed selective serotonin reuptake inhibitors (SSRIs) such as Celexa, Prozac, and Zoloft — and a higher possibility of certain adverse outcomes in children. Recent studies have shown that when mothers use antidepressants during pregnancy, their children were more likely to have speech and language disorders and to have an increased risk for developing depression by their teen years. There’s simply not enough evidence of harms or benefits to give a clear ruling on prenatal antidepressant use.

Still, senior study author Ian C.K. Wong told Reuters that the results should in no way dissuade women from getting mental health treatment.

Pregnant women should not stop treatment because of concerns of ADHD in their children in the future. Because some uncertainties about antidepressant use in pregnancy remain, it still makes sense to reserve them for women with serious psychiatric symptoms. Pregnant women with mild depression may benefit from non-drug treatment such as psychotherapy.

Researchers said that often, the risk of forgoing treatment for maternal depression can be far greater for women and babies, the authors warned. Prior research has linked untreated maternal depression to premature birth and low birthweight. In addition, pregnant women who don’t receive treatment for depression are more likely to have trouble caring for themselves and keeping up with prenatal appointments — they may even be at higher risk for suicide, according to prior research.

In a society that readily shames both mothers and those battling depression, the distinction drawn by the new research is critical. There is absolutely no shame in getting treatment for depression, whether that includes medication or not. And the new research suggests that the most commonly prescribed medications for maternal depression don’t appear to raise a substantial risk for childhood ADHD in later years. Certainly, women should talk over these and other risks with their doctors before deciding on a mental health treatment plan. But these new findings could mean a little less guilt about moms getting the treatment they need — and that’s always a good thing.

More Like This
Doctors Swallowed LEGOS To Prove Everything Is Awesome For Kids Who Do The Same
Does The FDA's Plan To Limit Lead In Baby Food Go Far Enough?
What Foods Fight Nausea During Pregnancy?
OB-GYNs Explain The Connection Between Stress & Miscarriage
What Parents Are Talking About — Delivered Straight To Your Inbox