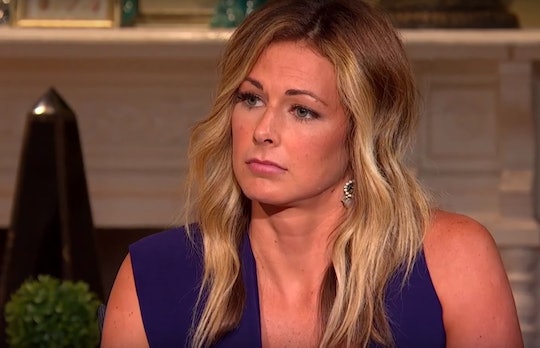 One of the worst things that can happen to a solid friendship between two women is to have a man come in between all of that and ruin what may have been a great friendship before. Unfortunately, that seems to be the case for Chelsea Meissner and Victoria Bolyard, whose friendship was tested when Victoria dated Chelsea’s ex-boyfriend, Austen Kroll. But since some friendships have seen worse, are Chelsea and Victoria friends after Southern Charm? Before Victoria decided to date Austen and vice versa, Chelsea and Victoria seemed to be good friends. Victoria isn’t one of the many main cast members or even official recurring cast members on Southern Charm, but she did play a big role in season five thanks to her growing relationship with Austen.

It would seem that Chelsea was more or less OK with the relationship, but because of her close friendship with Austen, a big story line for that would-be love triangle for season five was Victoria’s concerns over how close the former couple still was when she wasn't around. Because of their closeness as friends that Victoria may have perceived to be more romantic than it might have been and likely the fact that Victoria dated Chelsea’s ex at all, it doesn't look like the two women are still friends. Or, at the very least, it doesn’t look like they’re still as close as they once were.

After the cast’s trip to Hilton Head this season, Victoria saw a photo on social media of Chelsea holding onto Austen’s arm and for Victoria, their proximity to each other was too close for her own comfort. When she confronted Austen on the phone, he got naturally defensive and the two got into a heated argument about the photo, their relationship, and Victoria’s concerns about Austen’s feelings regarding his ex. In one episode this season, while Austen and Victoria were discussing the topic at home, Austen said, "I want [Chelsea] to be my friend and your friend, so I gotta defend her." But right now, it looks like Chelsea and Victoria aren’t as close as they used to be and, very likely, not friends anymore. And yes, it could have been because of a damn boy.

Chelsea recently celebrated her birthday in New York City and posted a photo of herself with Austen and fellow Southern Charm stars Madison LeCroy, Naomie Olindo, and Cameran Eubanks with the caption “Big Apple Birthday with my rowdy friends.” If Victoria and Chelsea were still friends, then I can't imagine Chelsea celebrating her birthday with all of her friends but not including Victoria as well.

Since there’s just one photo of Victoria on Austen’s Instagram, it’s hard to gauge just how serious they were when they were a couple and Victoria’s Instagram is private, so she’s free from any other sleuthing I might do, but she’s likely going to be steering clear of Southern Charm, at least for now. I don't know for sure if it was Austen specifically who might have been the cause of Chelsea and Victoria potentially calling it quits as friends or or if it was something else, but ever since Austen and Victoria became a thing and Victoria seemed to feel some insecurities about Chelsea’s friendship with Austen, things went from bad to worse.

Victoria isn't necessarily one of the main cast members on Southern Charm, so season five may have been the last fans will seen of her, especially if she and Chelsea really aren't friends anymore. But if that is the case, hopefully it’s what both women need and that Victoria can find happiness (and far less drama) with someone else somewhere down the line.