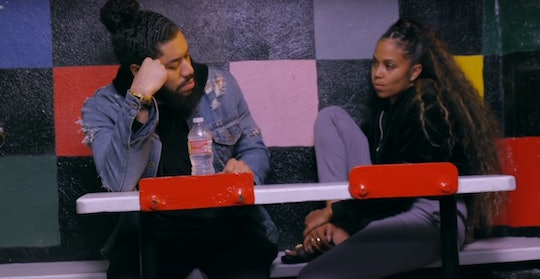 Despite Cheyenne and Cory playing a game of will they/won’t they on Teen Mom OG, Season 8 saw them both move on while still co-parenting their daughter, Ryder. Cory moved on with his girlfriend Taylor and Cheyenne introduced her new boyfriend, Matt, to Teen Mom OG. The foursome got along over the course of the season and they set an example of what co-parenting with your ex should look like. But after Episode 11, viewers might be wondering if Cheyenne and Matt are still together after Teen Mom OG. Cheyenne and Matt took Ryder on their first weekend trip together and it was eye opening for Matt, who doesn't have kids of his own.

Until this point, Matt was fine with Ryder and got to know her little by little through spending time with Cheyenne. Their weekend away in wine country shined light on what his life as a step-dad would look like if he does move to California to be with Cheyenne more permanently. To his credit, he took every tantrum and toddler shout of some variation of "no" like a champ. As a parent myself, I commend Matt for keeping his cool and dealing with a toddler on a non-kid friendly trip the way he did.

The trip itself concerned Cheyenne, however, and she worried about how Matt would feel about their relationship afterward. I don't blame fans if they are wondering where the couple stands.

Although Matt’s Instagram outside of Teen Mom OG is private, Cheyenne’s Instagram is as open as you would expect from a reality TV star who has no shame in the game of sharing her life with the world. The last photo she posted with Matt is from June, but she didn't take it down, so there is a good chance the long distance couple is still going strong.

Being with Matt was as new of an experience for Cheyenne this season as being with a single mom surrounded by cameras was for him. Matt is from Maryland, but Cheyenne started dating him anyway and maintained their coat-to-coast relationship. He even talked seriously about moving to California to be closer to her and really set a foundation for their future.

Luckily, he didn't talk about moving in together right away, because we all saw how *that* went with Cheyenne’s last boyfriend. But Matt approached everything with a certain amount of levelheadedness that made it seem like he had given a lot of thought to being with Cheyenne and in Ryder’s life.

Because of that, Cheyenne and Matt are likely still together after Teen Mom OG. Cheyenne also has a YouTube travel blog and back in June, she posted a couple of videos from a Mexico trip with Matt. If they broke up or are at least on the outs, chances are, she would have taken the videos down with the quickness. No one wants to be reminded of their ex in social media selfies or in videos from romantic vacations together.

Cheyenne could have just kept up the most recent photo of Matt and their vacation videos as an oversight, but for someone who cultivates a certain social media presence, I don't think leaving those up was any accident. Seasons of Teen Mom OG are often released after break-ups and social media drama, so if Cheyenne and Matt break up soon, fans will probably know about it before it airs on the show. But right now, judging by social media, they are still be working at their relationship while living in different places and leading very different lives.