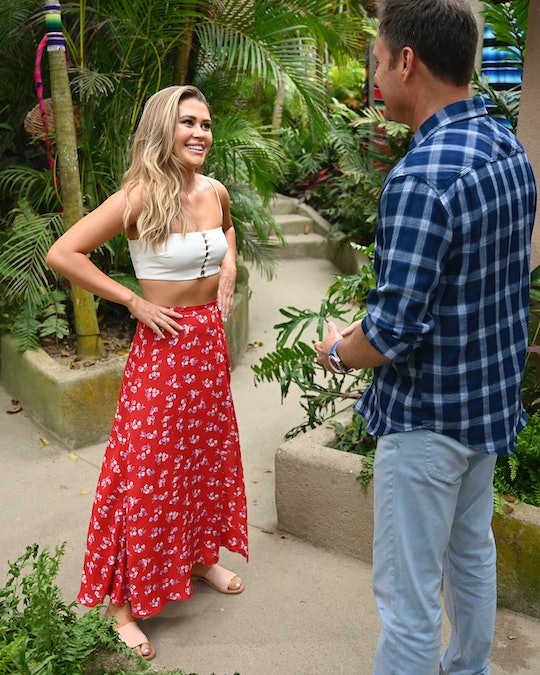 After Dean’s last season on Bachelor in Paradise where he became public enemy number one in a love triangle, it surprised some fans when he came into Season 6 as one of the most genuine guys. Even more surprising was the fact that he swept Caelynn off her feet within a few minutes of meeting her. They seemed to have found love in this hopeless place. But reality can be bracing and it makes you wonder if Dean and Caelynn are still together.

The Bachelor in Paradise couple is one of a handful still going strong at this point in the season. Things could change at the drop of a hat, however, because this is Paradise, where the drama is ten-fold what it is on The Bachelor and Bachelorette. The one thing that typically ruins established couples who have already sworn off any other potential partners on Bachelor in Paradise is the arrival of someone they might have had a crush on before the season. And since this is a show where contestants are encouraged to date around to find their perfect match, it can be hard for some of them to resist giving other people a chance.

This could happen with Dean or Caelynn before the season is over, but they seem like they have the potential to be together after the show, even if they aren't one of the engaged couples from Bachelor in Paradise Season 6.

Although neither Dean or Caelynn have given any clues on social media about their relationship status post-Bachelor in Paradise, they might have inadvertently showed they are still together. They both recently shared similar posts from Paradise with photos or videos of them on the show. Under Caelynn’s Paradise photos of the two of them, she wrote, "When he’s cute but you still have to question his hygiene."

And under Dean’s video of Caelynn kissing him on Bachelor in Paradise, he wrote, "When you grow a mustache and move into a van in an effort to effectively remove yourself from the dating pool but then you meet someone who’s into that weird sh*t." Maybe it's just a coincidence that they made such similar Instagram posts within days of each other, but I refuse to believe in coincidences when it comes to couples from Bachelor in Paradise.

Both Bachelor Nation stars were also in Spain around the same time in July. Judging by Dean’s Instagram, he’s known for his world travels these days since he lives in a van and it’s now his *thing* to be a vagabond. It's also not surprising that Caelynn would find herself in another country because Bachelor Nation stars are known to share their travel photos on social media to give everyone permanent wanderlust.

What makes this a case of neither of those things, however, is the fact that Caelynn and Dean both posted photos on Instagram in Spain within one day of each other. Caelynn also returned to Instagram on July 1 after being absent from social media for a month, likely because of Bachelor in Paradise. It makes sense for them to have met up in Spain following their time on the show to continue their relationship in the real world.

At this point, it's hard to say if Dean and Caelynn get engaged on Bachelor in Paradise because that’s a big step for some couples who have only been together for a few weeks. All signs do point to them at least dating outside of the show, however, and that’s the next best thing you could hope for from the Bachelor in Paradise experience.