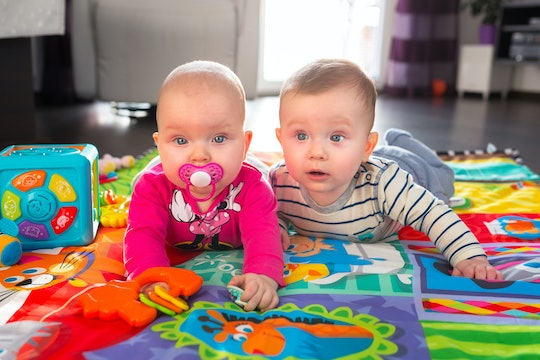 When most people think of twins, they think of two people who look completely identical to each other in every way. And when those twins are kids, many of their parents dress them alike, much to the dismay of their teachers. Twins appear to have a closeness and bond that not many other siblings can relate to, but what about fraternal twins? Are fraternal twins as close as identical twins?

Anecdotally, I thought yes, they can be as close. I happen to know fraternal twin sisters who have such an incredible bond and can feel each other’s feelings and know each other’s thoughts from across the United States. Ironically, one of them is very pale skinned and has red hair and blue eyes, while the other twin has an olive complexion with dark hair and dark eyes. They’d get all kinds of questions and comments growing up because people couldn’t fathom how they were twins since they looked so different, even though they were so close and had such an incredible bond like identical twins.

Maureen Healy, an expert on sensitive children and author of Growing Happy Kids, tells Romper that twins have a bond that is oftentimes unexplainable and are closer than typical siblings — whether they’re fraternal or identical. Healy says a lot of experts believe it’s because this closeness is rooted in genetics. And even though fraternal twins are two “genetically unique beings,” she thinks the time spent in the same womb during the prenatal period creates a place where they form a close connection.

“Twins have a special bond that forms in the womb. Oftentimes, this connection is subconscious — meaning it's below conscious awareness," Healy says. But she notes that other times, a set of twins' bond is very conscious and clear, with one describing their twin sibling as their other half. "Many twins (whether it's fraternal or identical) share many personality traits, interests and inclinations," she adds.

As far as if that bond is apparent instantaneously — like right out of the womb — Healy explains that twins can bond with each other from the get-go, “but it's usually not until school (preschool) where they recognize more deeply that they're different and alike in a unique way. This happens in the social context with friends, teachers (especially if identical and teacher has a hard time telling them apart), and community members." Sometimes this can draw twins closer together, however there are some instances where they want to be as different from each other as possible and try to create their own identity separately. But the connection is still there. And Healy says to keep in mind that unique closeness and bond between twins is typically the tendency, but it’s not always the case. So don’t worry if your multiples don’t seem to have an instant connection or close bond as other multiples you may have seen. Every child and situation are different.

Since fraternal twins can be just as close as identical twins, what is it that makes them different, other than not looking exactly alike? Healy says if twins are identical, they come from a single egg that splits, which means they’re “monozygotic.” And in this case, they are two separate fetuses, but may share a placenta, noted the Mayo Clinic. Fraternal twins are considered “dizygotic,” and that’s when two separate eggs are fertilized by a two different sperm. “Each twin has his or her own placenta and amniotic sac. The twins can be two girls, two boys, or a boy and a girl,” according to the Mayo Clinic's website.

It seems like twins develop a bond long before they grace us with their presence in this world — whether they’re identical or fraternal. How cool would it be to have a built-in best friend who knew you so well they could feel your feelings and know what you’re thinking? Perhaps a blessing and a curse? However, every kid is different, so don’t fret if your set of multiples don’t seem to have an unbreakable bond.