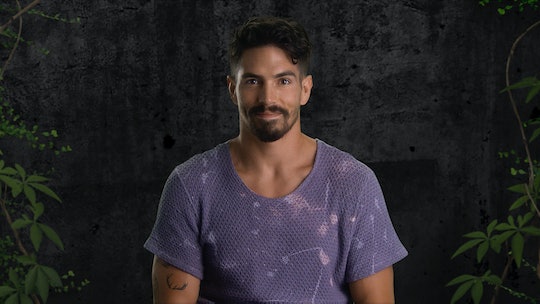 The Challenge isn't in the same reality TV franchise as The Bachelor but it can feel like it. Somehow players manage to find love with each other in between challenges and the drama that comes with living in the same house as the people you are competing against. One of those couples is Jordan Wiseley and Tori Deal, who met on the show and are returning for War of the Worlds 2. The show can be a lot for individuals let alone couples, so if Jordan and Tori are still together after The Challenge, I give them major props.

Tori and Jordan originally met on Dirty 30 in 2017. Although Tori was dating fellow challenger Derrick Henry at the time, something must have sparked when she met Jordan. She managed to make it through the season with Derrick, but they revealed on the reunion show that Tori had cheated on Derrick with Jordan during the season. At the time, Tori and Jordan claimed to be just friends, though I have to assume things blossomed into something more soon after.

They were together when War of the Worlds 2 started filming and, judging by Instagram, they are still together now. It’s not the most romantic story in Challenge history, but they are one of the strongest couples from the show.

Jordan and Tori are so strong, in fact, that earlier this month, they got engaged. It's not clear when Jordan popped the question or if they got engaged shortly before he posted about it on Instagram, but they are definitely tying the knot at some point in the future. Unlike The Bachelor, The Challenge isn't known for airing weddings during the show. CT did get his own wedding special in 2018, however, so it's possible that MTV could honor The Challenge couple with their own televised wedding whenever they set a date.

It looks like ever since Tori and Jordan met on The Challenge: Dirty 30, they have been together in some way. With other partners behind them, they have remained a strong couple and, compared to some of the other couples who came from the show, they lead relatively normal lives together.

Jordan’s Instagram is full of photos of Tori with captions calling her his "queen" and telling the world how strong and powerful she is. Tori’s Instagram is also all about their relationship, with tons of inspirational memes and quotes thrown in for good measure. Despite having begun their relationship when one of them was already involved with someone else, Tori and Jordan might be the most relatable and approachable couple ever to come from The Challenge.

Other couples who have been born out of the show haven’t fared so well. Cara Maria and Paulie, for example, had their own issues at the start of their relationship on The Challenge. He went on his first season with a girlfriend back home, but still fell for Cara. What followed was a back and forth that eventually ended with the pair together. It was definitely messy at first.

Ashley and Hunter were off to a strong start on The Challenge, but their relationship fell apart on the show. On another season after their breakup, they were the winning partners for a $1 million prize and when Ashley was given the option to share the money with Hunter or keep it all for herself, she did the latter. Needless to say, their relationship will go down in Challenge history for other reasons than Jordan and Tori’s.

Not only are Jordan and Tori still together after The Challenge, but they went into the season with the intention of working together as much as possible. As two members of the US team, they are bound to bring out the best in each other.